Skip to content
August 23, 2015 in Moviehole See more stories from this title 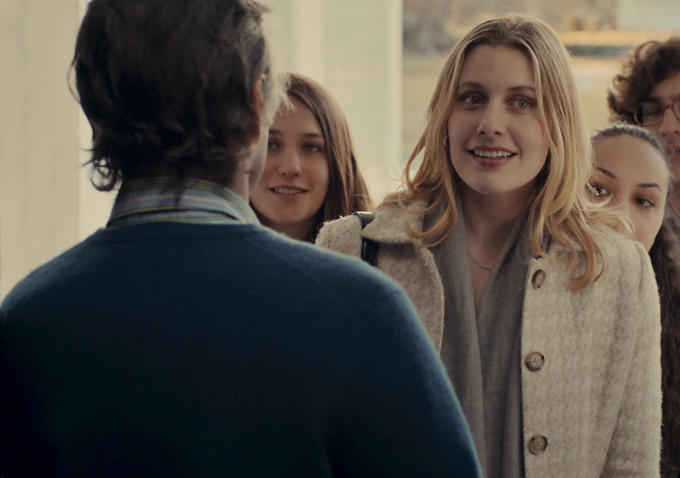 The Greta Gerwig story could be subtitled ‘Move Over, Lena Dunham’. Just when the Girls creator was getting big because of her debut film Tiny Furniture, the 32-year-old Gerwig made waves in another definitive young-woman-in-New-York story Lola Versus.

Since then she’s emerged as one of the new generation of homespun Big Apple raconteurs, writing and starring in love letters to the joys and despair of relationships in the city that never sleeps.

Her breakout hit Frances Ha was another project directed by Mistress America helmer Noah Baumbach (and another one she acted and starred in), and now comes Mistress America, where Gerwig plays seemingly together thirtysomething Brooke, who’s perfect façade cracks when she falls in with her soon-to-be stepsister Tracy (Lola Kirke).

Perhaps the most surprising thing about this actress we equate so synonymously with New York is that she’s originally from Sacramento, California, so when she sat down with Moviehole.net in LA to talk about Mistress America, she was closer to home than ever.

How do you separate the writing and acting aspects of the job?

We spent a long time on the script and we didn’t let the actors change any words, it’s very precise, but we really keep the writing process and the acting process separate.

Because we don’t change anything and because we don’t do improv, the script is the script. Then when I’m on set I’m free to be an actor without the encumbrance of thinking about the writing. In a way I try to come at it as if I didn’t write it, as a writer you know why things are in there that actually doesn’t help you as an actor.

You produced as well, does that add another layer of complexity that’s hard to juggle?

I was incredibly involved with the casting, the locations and the look of the film, then afterwards in the editing and the music, but those are really pre- and post-production things.