Skip to content
July 15, 2007 in Dark Horizons See more stories from this title 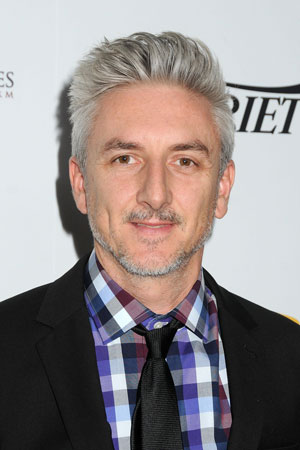 After storming the world stage in one of the best, most original horror movies in a long time and turning the genre on its head with 2005’s Wolf Creek, it was a certainty writer/director Greg McLean would have more to play with on his next feature. So why that tired old chestnut, the monster movie?

Actually I feel like I’ve just got my foot in the door so we’ll see how it goes from here. Rogue has been a long time coming, a long time getting it made. It’s been about 10 years since I wrote it so I’m excited to see it coming to fruition.

After Wolf Creek it was a really cool experience, I had studios saying ‘you can pretty much do whatever you want’, which is a position I’d been trying to get into for about 7 or 8 years. And to suddenly go ‘I’ve got this script I’ve been working on’ and for people to finance it was a bit of a dream come true.

So what appealed about doing a crocodile movie?

It all started when I was first writing screenplays years ago and I had the idea of doing an old-fashioned horror film where you take a bunch of characters and drop them in the middle of nowhere. But years before I saw a really cool film called Northern Safari by a guy called Keith Adams. It was this amazing documentary about this guy taking his family around shooting home movies of their adventures in Australia during the 50s.

I saw it as a kid in Bendigo and I remember being amazed by this incredible world to the north with these huge crocodiles. In my mind it became this magical place where you could go and have real adventures. So I kind of mixed in the idea of an old-fashioned hero story from outside and having him face this enormous saltwater crocodile.

It immediately brings to mind movies like Lake Placid and Alligator. Were they actually influences on this film or did you have any others?

Rogue was written about seven years before Lake Placid came along, but Jaws is one of my big influences, the acting is so great and the directing is so spectacular. Alien is another film I love – the classic horror monster movies are my favourite.

It had a classic monster movie narrative and approach, there didn’t seem too much cultdom or edginess to it. Was that conscious?

It’s a very different kind of horror film to Wolf Creek, which is a very intense, contemporary and aggressive horror film. In my mind Rogue has always been a Saturday afternoon film, really entertaining and not too heavy. It’s still scary and suspenseful but ultimately fun.

How photo-realistic did you want the croc to be?

As real as possible. From the start the whole conception of the croc was to make it look and move and be textured like a real animal. I’ve never seen a crocodile in a movie that looked really good. Directors always try to characterise and give them personality and try and make them look evil, and crocodiles aren’t evil at all, they’re just phenomenally advanced creatures.

I just thought if you present them as realistically as possible, that’ll be scary enough because so they’re so good at hunting and killing.

What made you decide to go with Fuel for the CGI?

I tend to work with people or companies that are on the way up. My experience is that people who need to prove they can do stuff usually do better work. I know myself, whenever I’ve been given the opportunity to punch outside my weight I’ve always given 200 percent effort so I respond to people like that.

Fuel certainly isn’t the biggest in Australia but they had the passion and determination to pull it off, so when we saw their response to our brief we got really excited. They were so passionate about doing it so we gave them the gig and their work is incredible.

How hands on were the Weinsteins?

For guys who are known to be incredibly hands on they were actually pretty hands off. We had a pretty unique deal between my production company (Emu Creek Pictures) and the Weinsteins because I had final cut and casting approval, all these things you never really get unless you’re a big name director.

But there was so much competition for my next film after Wolf Creek hit LA, so we were able to get this extremely good deal which was fantastic because we didn’t have the pressure of people coming down and watching over our shoulders all the time. We literally came back and started making the movie and delivered it 12 months later as we said we would. Filmmaking’s always hard but we didn’t have the absurd pressure of fighting with the studio.

Part of the fun in this sort of movie is seeing how everyone reacts and interacts, who comes through and who crumbles. Is that a fun part of the writing process?

Definitely. The writing is one of the most fun parts because you have all these moments when you think ‘wouldn’t it be cool if this person died here’ and ‘wouldn’t it be great if this surprise happened’ and you try to surprise yourself. This kind of film is so standardised and the fun part is going to a very known genre like a horror film and playing with people’s expectations.

That’s the fun part because you want to surprise the audience. When I go to the movies all I’m looking for is somebody to surprise me – we see so many movies and unless someone’s going to surprise us we don’t really give a shit.

So where do you think Australian horror’s going and how much of where it’s going do you think Wolf Creek has to do with it?

Before Wolf Creek there hadn’t been an outright horror film funded through the Australian government bodies. That’s interesting because you have an industry here that’s ideally suited to making that sort of impactful, low budget film and it’s not making any of them. I just found that really frustrating and bizarre.

Since Wolf Creek came out and obviously worked for different audiences, the funding bodies are now encouraging people to bring in genre films and suddenly all these young filmmakers realise it’s not a dirty word to say you want to make a horror film. I’ve had so many people say to me ‘I’m getting my low budget horror film made and it’s all because of Wolf Creek‘, which is fantastic.

A lot of people find the current horror craze too corporatised and homogenised by the studios with their endless remakes. How do you find the horror genre at the moment in general, especially from Hollywood?

It gets boring really quickly. Change always comes from the ground up, it doesn’t come from the top down. A filmmaker somewhere will come up with something radical and get it made for no money and if that does well the corporations say ‘we can make a buck or two out of this’ and they start churning out these horror films and they kill it, it usually takes about a year or two.

We’re up to Saw 4, Hostel 2’s just come out. The audience gets saturated with it. How many thrills can you deliver in the slasher genre before you have to completely reinvent it again? It was exciting at the start because there was Hostel 1 and Wolf Creek, a whole bunch of very high tension and interesting films that were harking back to the brutality and rawness of the 70s, now they’ve kind of become a cliché.

It’s time now for something different. To a degree Rogue is a completely different horror film. I kind of call it an adventure film because it’s not trying to be gross for the sake of it. It’s not trying to shock you. It’s staying in a safe realm but playing with it.

So does that mean your next film won’t be a horror movie?

I don’t know at this stage, three might be a bit much. I’m definitely conscious of being branded a horror director but I love horror films but I have really diverse tastes. I just hope I can do something that challenges me, particular technically, because I got to learn quite a lot on Rogue in terms of playing with the technology.