Skip to content
January 19, 2015 in GQ See more stories from this title 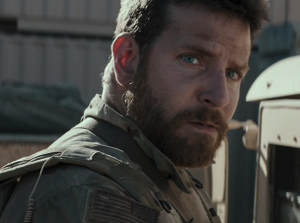 American Sniper has not only smashed box office records in its opening weekend – it’s delivered its lead, Bradley Cooper, an Academy Award nomination as best actor. Best yet – it further removes the 40 year-old from the palaver that was The Hangover Part III.

GQ: OK, lets get into it – you’re pretty buff in this role. But beyond some obvious physical training, what went into embodying an American Sniper?

Bradley Cooper: There wasn’t a way to do the movie without being Chris Kyle [Cooper’s character] – not mimicking him, but embodying him completely. I needed to figure out how he walked and talked. And to try and get as big as he was to get to a point where I believed I was him – because if I didn’t, no one else would. I also watched everything of him ever recorded many times and did as much research as I could.