Skip to content
September 16, 2018 in Brain World See more stories from this title 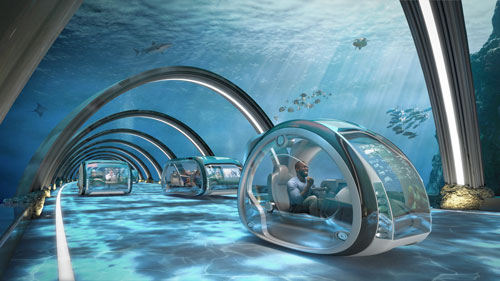 It’s not just sci-fi authors and futurists who predict the way the world will work and look like tomorrow. The human brain is constantly configured to anticipate and prepare for the future, and that makes prediction machines out of us all. But why do we so often get it so wrong?

A lot of the teachings of Buddhism are about being present in the here and now and fully experiencing the world around (and inside) you, and it’s telling how much of a conscious effort it takes to do so.

You might think it’s the constant and crazy pace of life today that’s got our minds constantly fixed on the near future, but our species actually grew up this way. Once upon a time we spent all day thinking about where our next meal was coming from or whether we could convince that cute cavewoman/man in the next tribe over to mate with us.

But a startling feature of our powers of prediction – especially when we extrapolate them out to wider fields with longer games like technology, economics or culture – is how wrong we are. US commissioner of patents Charles Duell, emblematic of how wrong we get it when we play with crystal balls, is credited with his infamous 1899 prediction that ‘everything that can be invented has been invented’.

Part of the problem is that the last few millennia – particularly the years since the post-World War Two economic boom – have tricked us into thinking progress just happens, like biological evolution or gravity. But where it was driven by survival pressures for most of our history, the industrial revolution inextricably tied the march of progress to economic and political factors.

Progress seems immutable because it pervades so many areas of life, but it’s easy to forget how little gets done nowadays without a profit motive behind it. We can talk to someone on the other side of the world using a plastic and metal box held up to our ear but 815 million of us are suffering chronic undernourishment.

Just think back to the space shuttle years of the 1980s. We all thought space travel in the late 2010s would be like something from a movie, all silver suits and airlocks. Who could have predicated not only that there wouldn’t even be a space shuttle fleet in 2018, but that there’d be nothing to replace it, one of the primary drivers of human spaceflight (the US government) having exited the business altogether?

Another example is air travel. In the heady days of the atomic age when Chuck Yaeger broke the sound barrier in the X1, you’d have thought tourists in 2018 would be getting from New York to London in minutes thanks to an atomic rocket or teleportation device.

But after 70 years of mass market air travel, all that’s really changed is the entertainment system is digital and you can’t smoke. Breaking the sound barrier isn’t that hard for a modern commercial jet, it’s just that the price of fuel and wear and tear on the aircraft aren’t very cost effective compared to the price of tickets.

Another limitation we face is that we can only see the future from our own individual here and now, where or whenever that may be. We can imagine incremental improvements to the tools we have today, but the advances around the corner that will upend the world (‘game changers’ as modern economics calls them) are essentially unknowable to all but their progenitors.

Once upon a time they might have imagined faster horses through selective breeding, paved trails through the countryside and saddles with cupholders. None but a small few ever conceived of sleek metal machines moving at unimaginable speeds using only a wheel and a few foot pedals, or the way it would conquer mass transport (a Michigan bank told Henry Ford’s lawyer his client’s horseless carriage was ‘a fad’).

But as history has repeatedly taught us, technologies and traditions advance for a time until a sudden shock to the system nobody sees coming. For a time our brains could only grasp screaming and waving a stick at the hungry sabre tooth skulking into our cave. When we learned to start and control the fire most animals so feared, it shifted the position of our entire species on the food chain.

Today we couch such changes in economic terms because they upend industries and render entire classes of tools and artefacts obsolete, like ballistics and gunpowder did to swords and arrows or mechanised harvesters did to ox-drawn ploughs.

Think of what many consider to be the biggest change to human culture, economics and communication since the printing press – the internet – which immediately rendered centuries of science fiction about 21st century life plain wrong by not taking it into account.

If you’ve ever become bored with eating the same kind of lunch every day, looked at your sleeping partner and wondered what you ever saw in them or regretted your career choice, you’ve felt the effects of one of our most highly developed survival mechanisms.

Human beings evolved to be among the most adaptable life forms on Earth. We spread to countless places, lived in all kinds of climate and terrain, and even though the essential materials needed to sustain the human organism are constant we found them, resynthesized them and made the resources at our disposal work wherever we travelled.

An effect of our being so adaptable is that the human nervous system (and the mind it informs) has a very sensitive and fast-acting sensor to reset what it considers ‘normal’.

A sociologist will tell you people born and raised in obscene wealth and privilege and those born in abuse, deprivation or hardship don’t feel as different from each other as you’d imagine because the particular experience and worldview we hold as individuals is all we know.

When it comes to inventions, technologies and changes that sweep the world so completely, we forget it’s often the outliers and mavericks that seemingly didn’t stand a chance which overturn established norms and become the new default.

Everything from the controlling of fire and the stone flint to electricity and TCP/IP (the digital communications protocol that underpins the internet) were thought up by driven loners in proverbial garages, and it’s only the benefit of hindsight that makes them seem like manifest destiny. Before they became such an inextricable part of the world, they probably never would have occurred to most of us.

But it’s about more than just what we can make in factories. We live in a sociosphere, where we’re looking forward from a very particular collective mood about culture and the world around us.

Space travel was the vanguard movement for an entire era of futuristic change and icons like the Saturn V rocket, TV and even the electric clothes dryer were part of a pioneering spirit that made us believe we’d travel ever higher, ever faster and become more prosperous every year.

Back in the 1950s the world was a happy place, full of optimism after the misery and devastation of depression and war, the hive mind of humanity was excited, engaged and therefore more creative and the rate of innovation was high.

But such utopian visions were legacies of the Cold War, and even before the Berlin Wall came down the political shocks of the 1970s (oil crises, Watergate, Vietnam) made us all more cynical – flying to the moon seemed like it belonged in comic books.

Today, with unpopular political movements having swept the globe, #MeToo revealing that we have eons to go to achieve equality and deep divisions across races and cultures, the visions of the future we dreamed in the atomic age seem hopelessly childish and naive.

The future we want

Above all, one of the most influential factors behind our powers of prediction – and the reason we get the future so wrong – might be a simple inability to see the difference between what we think and what we want.

A study at a Cape Town university during the late 1950s asked students to imagine what would unfold over the rest of the 20th century. Two thirds of the black students and 80 percent of those descended from India thought apartheid would end, while only 4 percent of white students thought so.

In another study about US presidential candidates conducted over more than 30 years until 1980, 80 percent of those surveyed expected their preferred candidate to win by a ratio of around four to one.

Why is apparently clear-headed analysis so effectively highjacked? As the psychologist who ran the South African experiment said, those who benefit from the existing state of affairs in a given system or regime are reluctant to see it end. Those who are oppressed by it can imagine that day keenly, thus desire makes the leap to ‘informed’ opinion.

We might all be tripped up by simple confirmation bias, talking ourselves into an outcome we’d like to see by selectively (and unconsciously) recruiting supporting facts to our cause and ignoring others.

When it comes to predicting the future, the human mind seems to wield the same attributes it does over most other cultural pursuits – well meaning, emotional and flawed.