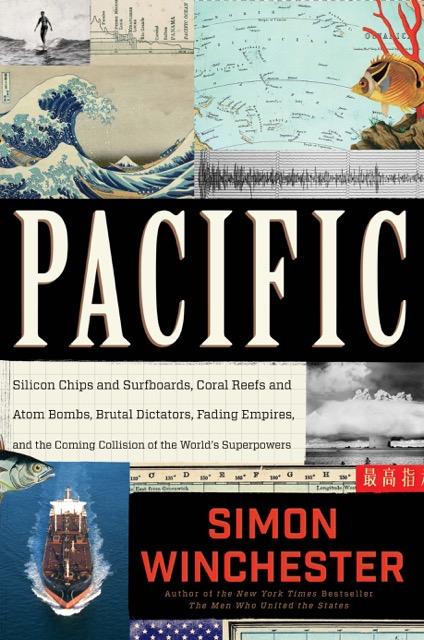 When The West recently spoke to Aussie author John Birmingham (He Died With a Falafel In His Hand) about his new action thriller After America, we were intrigued about how he knew so much about so many different corners of the world.

‘God bless the Internet’, is how Birmingham put it, explaining how he used Twitter, Wikipedia and Google Street View to research every conceivable detail about locales from a dusty Qatari army base to the inner suburbs of Paris.

While Birmingham puts the medium to good use for his fiction, he unwittingly highlights a conundrum for the written word today. As readers well know, it’s far too easy to relate news by collecting PR or rehashing opinion from the web instead of rapidly dwindling skills like checking facts and expertise in a topic.

Author Simon Winchester is from an older school. With decades of journalism and non-fiction experience under his belt the 66-year-old is firm believer in seeing and experiencing the places he writes about. “I’d be awfully afraid if it did,” the writer and broadcaster responds when The West suggests Google is eroding the art of journalism.

“I’m reviewing a book at the moment based in a very remote corner of Eastern Russia. There’s a tendency among writers to think ‘I won’t be found out if I make the grass a little greener and the sky a little bluer — no one will ever know because no one has ever gone there’. But it happens I know the area very well and I can attest that this author has got everything absolutely right. Thank heavens there are some who do get out there and get their hands dirty.”

To write 18 books and countless articles for big names like The Guardian and The New York Times the well-spoken Brit — who now lives in the US — has crisscrossed the world to report from all over, including hot spots like IRA-era Northern Ireland.

His latest book The Atlantic is his biggest undertaking yet. Stretching fourteen and a half thousand kilometers from the coast of Antarctica to the North Pole and with a lifespan almost a quarter of the age of the planet, the ocean forms the basis for Winchesters latest massive undertaking. He tells its story in his unique style by referring to the geology, contact and conquest, modern commerce and the day tens of millions of years into the future when it will close or dry up. In amidst it all are — as the book’s subtitle promises — a million stories.

If you’ve never had the pleasure of reading a Winchester book, it’s telling that there’s only one fictional novel in his whole back catalogue. He has a unique knack for finding the rollicking page-turner in any number of true histories. Krakatoa tells the story of the globe-stopping 1883 volcanic explosion in the sea between Java and Sumatra, and in A Crack in the Edge of the World Winchester tells the story of the 1906 San Francisco earthquake.

He acknowledges a unintentional debt to Truman Capote’s In Cold Blood as the modern template for narrative non fiction, but he’s quick to point out that — just like a good fiction author — a lot of work goes into such entertaining reads. “When I was writing Atlantic I came across a young woman at the University of Exeter who was doing essentially the early cartography of the Atlantic. She led me to a lot of documents and archives both here in the United States and in Britain,” Winchester says.

But where other works have relied a lot on archival records, there was only one way to write the life and times of a whole ocean, and that was to get to know its every shade and mood. And a whole lot of reading. “It did involve a lot of traveling to places in and around the Atlantic. It took slightly less archival research and a lot of books. One of the things I do when I’m about to begin a project is buy a massive number of books that go downstairs into collections that I’ve amassed for each of my previous books.”

But Atlantic is also something of a departure for the author. Krakatoa and A Crack in The Edge of the World dealt with specific events. In collecting the sheer volume of geological, economic, sociological and anecdotal records of the Atlantic Ocean, Winchester says his skills as an editor were as important as those as a journalist.

“In a sense, the book has no narrative arc,” he agrees. “Not like an earthquake where there’s a beginning, middle and an end. There’s an overall story in the Atlantic’s birth and likely death, then there’s an arc within each of the seven chapters, but the book relies less on narrative. That’s a bit of a risk for me because most of the previous books have told a story.

“But I found it an interesting literary challenge, without wanting to invest too pompous a word. How do you write a book without a strong narrative arc that isn’t simply a sort of a catalogue? It’s up to the critics to see whether I’ve done it well or not. I’ll cross my fingers.”