Skip to content
June 8, 2016 in Moviehole See more stories from this title 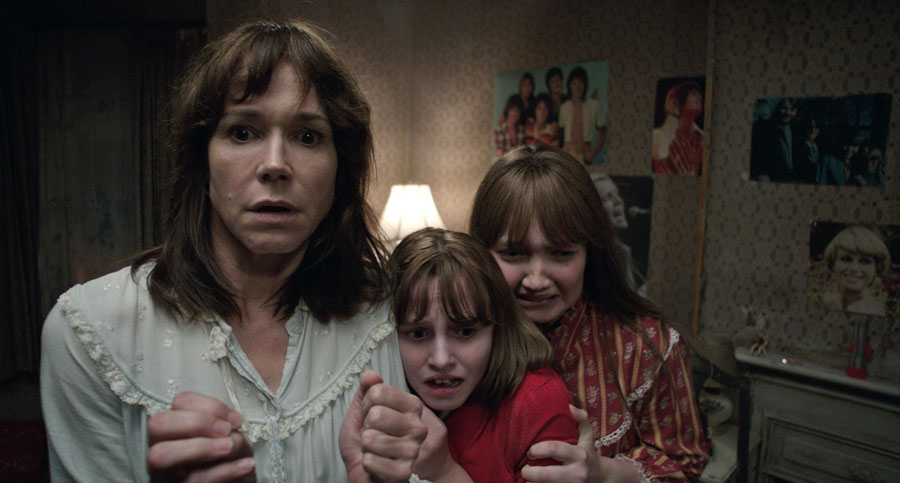 Aussie Frances O’Connor is a bona fide industry veteran. After a series of groundbreaking roles in Australian films in the mid to late 1990s (Love and Other Catastrophes, Thank God He Met Lizzie), Hollywood came calling in the form of Bedazzled, AI: Artificial Intelligence for Steven Spielberg and Windtalkers. She’s done lower key movies since then but again shows her dramatic chops as blue collar London mum Peggy in The Conjuring 2.

You’d think youngster Madison Wolfe – who plays haunted 11-year-old Janet in the film – is just starting out, but with movies like Keanu, Trumbo and The Campaign under her belt she’s becoming as experienced as her on-screen mother. The pair spoke to Moviehole.net in Los Angeles.

Does pretending to be scared come from something you have to imagine or is the set a scary atmosphere?

Madison: It all goes back to digging deep and connecting with your character. We did so much research on each of our characters and there’s tons of stuff online. I think that really helped me. An actor’s job is to tell a story, and I really wanted to tell Janet’s story because she is a real person. This is based on a true story.

You got to meet the real-life sisters, Janet and Margaret, who were consultants on the film. Did you get some good stuff from them?

Madison: Janet and Margaret both remembered exactly what happened and hearing it from them really opened my eyes.

Anything you could learn from an industry veteran like Frances?

Frances: Madison’s fine. She doesn’t need any help. She knows what she’s doing.

Madison: Thank you. There’s always stuff you can learn. Being in this industry there’s so many different people you can meet and so many different jobs and ways you could be connected, that’s a really cool aspect of it.