Skip to content
December 2, 2003 in The West Australian See more stories from this title 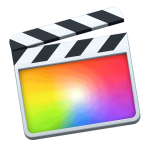 When you hook up your DV camera and you can use the controls in Final Cut Pro 4 to pause, play and search through the footage in order to find the stuff you want — without ever having to touch the camera itself — you know you’re dealing with a smart program.

Damning words for the dark side, encouraging words to tip the Mac faithful over the edge and convince them to fork out for gleaming new G5s. Because while the tricks of FCP4 are legion and can be enjoyed on an older system, it’s when you have a G5 chip under the bonnet that they show their mettle.

For instance, FCP4 promises (on a G5, of course) to render your work as you go, so instead of having to direct it to render a sequence for you to view in real time, it’s done as you edit. Not only is it lovely not to wait every ten minutes while you render work you’ve just done, you can watch your playback on a broadcast monitor or TV as you go.

On an older machine, areas of thick composition including effects, text and busy transitions will still need to be rendered, but it’s a far cry from the old days.

Offering much more than a straight film and video editor, Apple has bundled so many tools in with FCP4 it’s virtually an entire post production studio.

Want to compose better music than was possible the cheesy freebies you usually get with video editing software? Soundtrack works the same way as a timeline-based video editor so it’s easy to use, and to get you on your way there’s a DVD full of 4000 royalty free sound clips.

Want to do better than the stock standard serif font scrolling up the screen for your title sequence? Livetype is almost as detailed as a page layout application, and you can use or customise 150 effects.

Want more than the usual streaming/CD ROM encoding and compression formats? Export your finished project to the Compression application and choose from every format and standard you’ve ever heard of.

And while post production might feel a little early to start planning for when you strike your project to film, Cinema Tools is a databasing utility that references the changes you make to your digital files back to your raw footage for your lab or processing functions.

Far from just bundling the old stuff with some other stuff and calling it a new version, Apple have put a lot of thought into the FCP4 application itself. The fundamental method by which you store your clips and assemble them in the timeline hasn’t changed much, but there are plenty of add-ons and new features.

Just one is the animated keyboard you can bring up on the screen to help you manage and assign your preferred keyboard shortcuts. Another is the expanded use of keyframes to drag and change the speed, fading parameters and volume of effects and clips.

One trick Apple keep hitting the mark with each time is broad appeal. FCP4 suits novices, hobbyists and commercial editors alike. While the upper echelons of the editing professions still favour much more expensive software like Avid or self-contained editing suites, FCP4 has more than enough tools for most film projects — commercial or otherwise.

And even though anyone with a basic knowledge of computer animation or flash graphics for the web will feel right at home with the tools and interface they’re used to, a brave beginner won’t be too put out by the bewildering array of controls.

In fact, it’s a great place for the newbie film editor to start, because if nothing else, you’ll come across the explanations for so much of the terms and jargon they use in the field, you’ll sound like a pro.

So while you don’t strictly need a G5, FCP4 takes great advantage of a decent level of both processor and disk space. With 5 minutes of video apparently taking up just over a gigabyte of space on your hard drive, trying to run it on an old beige Powermac just wouldn’t do it justice.