Skip to content
March 19, 2012 in APC See more stories from this title 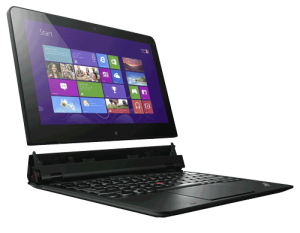 One of the most talked-about new product classes at CES 2012 was the Ultrabook. Drew Turney looks at what we can expect in the near future.

As usual, Apple looms large over CES despite having no official presence here, with the hottest new form factor being the Ultrabook, a term trademarked by Intel to describe the new thin, light and inexpensive yet fully specced laptop.

The interesting things is that the MacBook Air – which the Ultrabook form factor is most reminiscent of and partly a response to – hasn’t been nearly the smash the iPad has been, but one giant vendor after another lined up at CES to reveal their ultrabook models this week.

The biggest move away from traditional components in the Ultrabook not a lot of consumers realise at first glance (whether too busy falling in love with it or otherwise) is that there’s no optical drive. We all know Apple has a history of steering the consumer tech industry in new directions as it did abandoning the 1.3 inch floppy disk drive, but when the MacBook Air debuted with no optical drive many pro and hardcore PC users scoffed derisively at the thought of trying to download and install the 1.5GB Adobe Creative Installer on it.

But things have changed – along with most of the major software application packages, even Adobe Creative Suite is now available in the cloud, where you access and use the components like Photoshop, InDesign and Flash through a browser for a yearly fee without having to download anything.

The Ultrabook has a chance to really catch on this year because for the first time ever, with software as a service (SaaS) finally becoming a reality for even the big, resource hungry tools, it might be time for the optical drive to follow the floppy and Zip drives into personal computing history.

It will also mean the final and decisive end of the netbook. The web- and handbag-friendly device’s heart was in the right place, but had no sooner gained a foothold when the advent of the tablet cleaned the floor with it. It had a hard time catching on and even though the average tablet is still more expensive, the mum-and-dad buyers the netbook sector was hoping to reach have been won over by the brand recognition and glitzy curves of Apple products.

Today the tablet has the landscape almost to itself, but price wars among vendors will mean Ultrabooks will compete in the same price range. Most of the models unveiled so far at CES are around or above $1,000, but as competition in the field gets hotter, analysts predict prices will fall to the $600-700 mark.

Furthermore the battle within the Ultrabook world is going to go one way – thin. Acer’s Aspire S Series is just half an inch thick, and models from Samsung, Toshiba, Asus and others have crowds lining up to touch and play. During their keynote, HP promised 75 more models were coming down the pipeline with Sandy Bridge and Ivy Bridge processors under the hood (it’s expected between 30 and 50 will release at CES alone).

It’s all made possible by glass technologies like Corning’s second generation Gorilla Glass, which promises to be 20 percent thinner and offer just as much resistance against scratches, wear and damage. With the sector set to explode, R&D will continue apace and you can expect ultrabooks to get thinner and lighter very quickly as one innovation after another in component design arrives.

Also built into the new class of Intel chips is the capability for touch, motion and voice control, including response to an accelerometer. That means the games, tasks and orientation-based activities that have made the tablet so intuitive and addictive to use are all ready to port to the Ultrabook.

It also brings a Microsoft Kinect-like motion control to the Ultrabook, so when the sector takes off we should expect to see the non-gaming applications engineer hackers bought to the Kinect after they cracked the code to become a legitimate business sector with the blessing of Microsoft, Intel and manufacturers. By the time CES 2013 rolls around, Windows 8 motion control apps might be the gold rush iPhone were a few years back.

All these technologies might spell a hope among manufacturers that the Ultrabook helps depose the tablet, but many of those behind the Ultrabook form factor already have tablets in the market.

It’s likely to be more akin to cinema and radio surviving in the era of TV. The tablet is perfect for certain tasks and users, but there’s always going to be a core audience who needs a fully featured keyboard and don’t see why they have to sacrifice a tough, lightweight and portable device to get it.