Skip to content
October 23, 2015 in FHM See more stories from this title 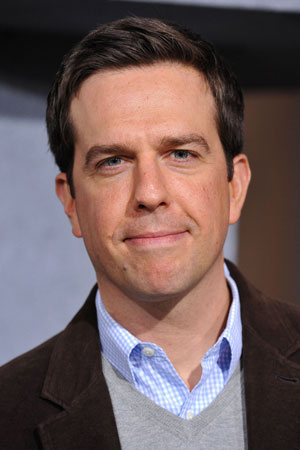 There’s this great line in the movie where your character tells his us you don’t have to know the original ‘Vacation’ to appreciate the new ‘Vacation’. There seems like there’s a wink and a nod inside the movie about rebooting a franchise.

The franchise is 30 years old so there are a lot of assumptions that people brought to the table when this whole idea came up. I think part of the whole marketing campaign and what we tried to do right there in the first five minutes of the movie is just put those assumptions away and say ‘we’re doing our own thing here, it’s in the world of the Griswold’s and it’s a continuation of that world but this is a totally fresh, original movie’.

Was it important to have Chevy and Beverly involved?

So huge. I mean for all of us just as people who love comedy and who have made our lives out of doing comedy to jump on a train like this and have this affirmation and support of its original creators like that was hugely affirming just on a personal level.

Also in terms of how the movie gets out there and how it’s perceived, it’s also huge in that way because it kind of shows the world not only that we’re deferential and respectful to the original version but they’re are supporting this moving forward.

So you updated it but kept it in a familiar universe?

If you watch the original, which I’ve seen no less than 700 times, no one has an arc. This movie, our characters, there’s a real through line. There’s an emotional thread that I’m quite proud of and I think is an added layer but in the same way that the original ‘Vacation’ really flirted with some kind of fucked up subject matter, this one does too. It’s just good people who are well intentioned navigating situations that are a little fucked up, I guess.

How intimidating was the scene with Chris Hemsworth and the schlong?

I’ll never do a Marvel movie. I don’t look like Chris Hemwsorth but that’s okay because at least I’m funny. And now Chris Hemsworth comes to our movie and he’s like the funniest motherfucker on the whole set and I’m like ‘goddammit, there’s no justice in the world’.

Do you think he was nervous?

I give Chris so much credit for walking onto that set and taking off his bath robe and let’s just do this because he was able to see ahead ‘this is going to work’. He had that confidence and it’s hard.

You don’t know how that kind of stuff is going to be perceived. And for someone with his stature, it really was I think a really strong comedic commitment and I am super grateful and impressed.

If Walley World’s the ultimate vacation destination for the Griswold family, what’s yours?

For me it was Six Flags. It’s actually where we shot the Walley World stuff in my hometown of Atlanta, Georgia. That amusement park was like Emerald City. It was probably like 45 minutes outside of where we lived and you could see the roller coasters over the tree tops from 10 miles away. We would go once a year, maybe once every couple of years and it was just the biggest deal to me.

So it’s kind of ironic that Walley World is the biggest deal to Rusty and the same amusement park that was such a big deal to me. It was so familiar shooting there. As far as like a big getaway family destination, I think I always fantasized about as a kid going to Legoland because I loved Legos and I’ve still never been.

If you think too hard about it there’s not much appealing about it, it’s so easy to romanticise.

But it’s freedom. It’s that sense of controlling your own destiny, singing songs together as a family. I think it’s part of the old American dream of connecting with your family and just heading for the horizon. That was sort of the manifest destiny of the early European settlers.

One of the hallmarks of the original franchise was Clark awkwardly trying to educate the kids, especially about sex. How’s that changed in 30 years?

I don’t have kids yet so to me it’s all a little abstract. My parents were pretty awesome but they weren’t great communicators about a lot of stuff whether it’s feelings or finances or sexual issues. I think maybe it’s our Southern upbringing, there’s just sort of a little bit or repression of that stuff.

I like the idea of a parent who can address things head-on with a kid. I really love Rusty’s eagerness. He’s so eager to raise his kids well and communicate with them and it’s an open book but he also just says the wrong thing a lot. It’s my favorite kind of comedic character who’s well intentioned, the intent is always right and the execution is always a mess.

There’s a funny nod to the original where Christie Brinkley drives up to Chevy in the Ferrari. What is it that makes us look over to see other drivers when a car pulls up beside us?

I have moments all the time here in Los Angeles where I like to sing along with the radio and sometimes I get a full on Aretha Franklin diva going and I won’t remember that I’m at a stop light and there are six cars around me.

I’ll catch someone’s eye and usually they roll their eyes at me and I’ll be like ‘all right, I deserve that’ but occasionally someone will be like ‘way to go’ and that’s a nice little connection. There is something weird that we want to commune or feel connected to each other.

How was shooting with Chevy? It’s said sometimes he can be hard to work with.

I’d read a lot of that stuff too but that was not our experience at all. I think he loves the Griswolds, loved being Clark Griswold. He and Beverly D’Angelo have such an incredible dynamic. I think her being there made him feel kind of excited and comfortable. Probably the most important thing was that he trusted the material and the directors. There really wasn’t any conflict about it.

Did you have to forget how much you loved the original films to some extent or the way Chevy played Clark to find your own performance and your own register?

I didn’t have a choice because I had seen them so much so it was always playing in my mind but I really didn’t consider it. Adult Rusty is a character that we’ve never seen before. My task was to trust my own instincts and not try to be Chevy or whatever anyone else thought I should be.

I didn’t look at it as stepping into Chevy’s shoes because I wasn’t playing Clark Griswold, I was playing a new character. That’s actually the only reason I wanted to do the movie. When I first got the script, I thought what everyone else thought which is ‘they’re going to remake ‘Vacation’??’ And then page two I was like ‘oh, it’s Rusty, that’s amazing, this is really fun!’ That’s when I got excited about it.