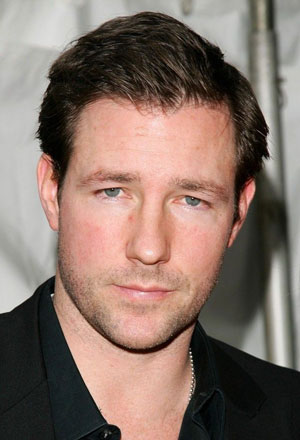 Ed Burns playing a cop – haven’t we seen that before? Many times in fact, but as the refreshingly honest and effusive co-star of Man on a Ledge explains, acting jobs are a means to a much more fulfilling end for him.

Burns can do sarcastic, hard as nails cops like Jack Doughterty in his sleep, but it’s no less enjoyable to watch the native New Yorker and husband of supermodel Christy Turlington strut his chops on screen. He talks about about cops, his failed bids for stardom and in particular his passion for moviemaking and the new distribution models that enable it.

How much does your experience with your own family [Burns comes from a family full of New York police officers] informed your performance?

Quite honestly, it’s one of those parts that you do no research for just because I grew up surrounded by the culture. The role dictated what kind of cop he was and there were a couple of guys who are smart-alecky sarcastic, love to just needle people and break their balls and I have a little bit of that in my personality. So I jumped at the chance to play this guy.

And I got lucky because when I first met Asger [Leth, director] he said he wanted me to bring my authentic New York thing to the film and feel free to improvise and just make it a little bit more my own. Then that first day with Elizabeth we played around a little bit with the scene and had immediate chemistry. They let us keep playing and started to write additional scenes for us which was great.

What’s the eternal fascination with cops in fiction and film?

It has to do with the stakes. You’re playing with life and death and that’s why we never get tired of medical dramas on television and cop shows. There aren’t many folks who spend every day on jobs where someone will potentially die. I think that’s the fascination.

Now you’re a Dad, did it temper any temptation you had to go out on the ledge yourself?

It’s funny, but no. I didn’t even think about them as I was putting my harness on. Then when I took the first step I said, ‘wait a minute, this might not be a really good idea.’

But intellectually you know you’re completely safe. I’ve got this harness on, I can’t drop an inch. You can’t even squat before that thing locks in. Yet the minute you step out your body tells you something very different and your knees lock and your throat tightens. And so I was happy to have the experience to say that I did it but I’m glad I didn’t have to do any acting out there like Sam and Elizabeth did.

What’s your take on the characterization of New Yorkers in the movie, yelling ‘jump, jump!’?

I didn’t give any thought to that when I was reading the script. I guess a couple of people have brought it up as being indicative of New Yorkers which I don’t think is the case. I mean there is some study that says 50 percent of people yell for them to jump when they see a jumper. There’s that instinct people have on the highway to look at a car wreck, maybe it’s also connected to the riot mentality when a switch goes off and rational thought is no longer operating and you get caught up in the wave. Maybe it’s that instinct.

Will you ever get a script about New York cops and think ‘I can’t possibly do this any more?’

So I used to be much more precious about the choices. And then at a certain point you wait three years before a job, so now I’m happy working and trying to work as consistently as I can. The other thing is also if it keeps me in New York and I get to stay home with my kids.

Did you actually give up on your ambition to grow your career as an actor?

To be perfectly frank, you get a number of shots to be a movie star. Now I’m the guy that acts in movies and people know my face and name but I’m not a movie star where I can open a picture or they build movies around me.

After Saving Private Ryan I was given the opportunity. You get three shots, really. I had 15 Minutes with Robert De Niro – didn’t happen. Life Or Something Like It with Angelina Jolie as a romantic comedy actor – didn’t happen. Confidence, me and Dustin Hoffman – didn’t happen. So you get your three movie star shots and then they say ‘nice knowing you. You’ve just been moved to supporting player’.

How do you feel about it not happening?

If I didn’t have my true passion, which is being an indie filmmaker, writing, directing my personal character and comedy dramas I’d probably be devastated. But I never got into this business to be a movie star or even an actor. I just like making these little movies and I couldn’t believe anyone wanted to see the first one. So I was happy to get in the door.

Then the seed was planted about the movie star thing and certainly I got a taste of the perks and the pay cheques that go along with that and you certainly hate to see those go. But they go.

After that you get realistic. Seven years ago if I was having this conversation I would’ve probably been a little bitter. But 15 years in, what you come to realise is that none of it really matters. Maybe that’s to do with having kids. The only thing that matters is the work and I’ve always enjoyed the work.

The other fascinating thing now is that all these movies are available on Netflix and iTunes. I think something like 95 percent of all the titles on Netflix get rented. It’s an amazing fact.

And what I’ve discovered is I’ve made a lot of movies as an actor and a filmmaker that died at the box office and I assumed nobody ever saw them and I assumed that the people that did see them must have really hated them and told their friends not to see them and maybe that’s why they died.

But now through Twitter and Facebook you come to discover that some movie you made in 05 that you thought had disappeared has a legion of fans all over the world and they contact you on Twitter and they tell you about how that’s the movie they watched on their honeymoon or inspired her to propose to him, whatever the hell you might hear. And you realise there’s no reason for sadness. I didn’t make a financial killing but the movies have actually reached people and they matter to people.

And that was the thing that reminded me that I don’t really need to sweat reviews the way that you used to. You used to think the reviewer was the voice of the people and that was going to be the world’s opinion of the film. And it’s not the case.

It’s given me this freedom to keep making the movies I want to make and not worry about either the critical acclaim or the commercial success. And that’s liberating.

Do you think independent film is healthier now because of those outlets you mentioned?

Yes and no. It’s not as healthy as it was between 95 and 05 when there was a lot of money being spent, it was easy to get your films financed. You had Paramount Vantage and Warner Independent and Picture House and these very robust companies not only financing but also distributing these films. After 06 or 07 all those companies are now gone. We don’t have the same economy we used to have.

But something else has happened. Prior to 07 you needed a couple of million dollars to make any film if it was going to look somewhat professional. Then the Red Camera and a lot of these other HD models were introduced and kids coming out of film school can now pick up a $3,000 camera and make a very professional looking film, so the playing field has been completely leveled. The point of entry has dropped so dramatically there are no longer any excuses for not making a film.

Then you have the problem of showing it. The theatrical business for movies is at its lowest point since 1992 as far as attendance, so how do you make possibly compete with a film like Man on a Ledge and its marketing dollars? You can’t in the independent world.

So now digital distribution has been introduced. And I’ve released a couple of movies on iTunes and video on demand and other digital formats, whether it’s through Xbox or whatever. You don’t make millions of dollars. It’s not a million dollar business but it is a healthy six figure business. So the idea that you can make a film for six figures, turn a six figure profit, do one a year, not need anyone’s money from the outside is great.

Because the minute you get somebody else’s money you have a collaborator who has the right to tell you who to cast, the title of the movie, what music you’re going to use. Now we have creative freedom. You don’t have to work like that. You can take your time. It’s more similar to the painter who looks at the canvas for a couple of weeks before he decides what the next colour will be.

What was funny on this film was there was an actor, John Solo, who plays one of the uniformed cops – small part, but I talked to him every day, I just liked his voice and he was a real New York character. So I was going back to my trailer writing my script and started using his voice in one of the characters. And finally I went to him and said, ‘Hey want to go and do a no budget movie? I can give you a $100 a day. He asked if he actually had some lines and I said ‘yeah’, so he was in.

Sidewalks of New York cost $125,000, after post production, all in. It’s peanuts. I remember there was a scene in Saving Private Ryan where I blew a take. There were a lot of explosions and things going off and it was stupid error on my part, and Spielberg pulled me aside and he goes, ‘I just want to ask you, what did Brothers McMullen cost?’ I said, ‘I think at the end of the day it cost like $150,000’. He goes ‘Well that mistake cost about double that.’

And of course he was giving me the business, he wasn’t being a jerk about it but it gave me insight why these movies are so expensive. You’ve got an army of 400 people making that movie. So every day is very expensive.