Skip to content
February 20, 2003 in Xpress See more stories from this title 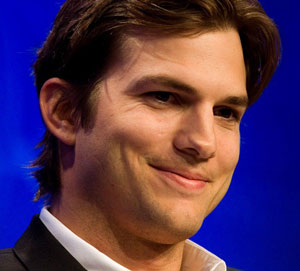 Toe to toe on life, love and moviemaking with the star of Just Married, Ashton Kutcher.

Opening nationally this week, Just Married tells a story most of us know. Most of us who’ve been in a relationship, anyway.

Tom and Sarah, having fallen deeply in love despite different backgrounds and expectations (both theirs and their families’), get married and drift away for the perfect honeymoon.

After a dead dog, near-destruction of a thousand-year-old hotel, the threat of infidelity, lies and mistrust, they hate each other.

Were Tom and Sarah the victims of extraordinary bad luck, were they too young, or did a few seemingly insignificant deceptions grow to unmanageable proportions? It’s the question Just Married asks lightheartedly as Tom and Sarah’s romantic honeymoon turns into the holiday from hell.

And even movie stars aren’t immune. Firmly planted in superstar territory (and with enough projects coming up to keep him there), Ashton Kutcher knew just how to inhabit the character of sports-loving goofball Tom.

“A lot of the arguments and misunderstandings in the movie are definitely derived from real life,” Kutcher says over the line from Sydney, where he’s promoting the film. “I’ve found from my own personal experiences that when you’re in a relationship you argue over the stupidest stuff in the world, and that was a lot of what the character was about.”

“The story felt authentic in its depiction of relationships. The characters have these subtle, quirky qualities that really hit home for anyone who has ever been in a relationship — which is pretty much everyone.”

Watching the film, it’s hard to know whether the couples’ extraordinary bad luck or their very different personalities and pasts are to blame for their woes. Kutcher thinks there’s a reason neither is defined as the major factor in the film.

“I think it’s a combination of both. I think the real weight on their relationship is that they’ve both lied to each other, and those little white lies catch up to you. That’s the strong hinging factor on why things fall apart for them. The karma gods come and get you after awhile, and they definitely get these two.”

And as far as the production itself went, what could be more fun than a combination of sweeping, beautiful sets (the kind we don’t usually associate with young adult comedies), the physical aspect in much of the humour, and working with up and coming Brittany Murphy?

“The physical comedy is definitely a workout,” Kutcher laughs. “You learn from stunt coordinators how to fall properly and stuff without getting hurt, but you occasionally get a little nicked and bruised no matter what you do. It’s fun for me, I’ve a pretty athletic person as it is, so I really enjoy all that sort of stuff.”

And did the romantic and comic chemistry between the two leads extend off set? “We’re definitely playing characters in the movie but at the same time a lot of it was just us being in the moment and kind of sharing our banter,” Kutcher believes. “Brittany’s role was to sort of ground the movie and keep it all believable so my character could be a little bit more broad and absurd. And I think that that mix worked really well.”

Now that titles like Dude, Where’s My Car? (with a sequel in the works) and Just Married have made Kutcher a household name in comedy, his dramatic roles have been a little understated. Asked whether he wants to be known for a certain genre, he’s quick to point out it the choice isn’t that easy.

“I wish it was as simple as that,” he says, “It’s kind of a matter of what’s available to you and then what you’d like to do. I got my start on The 70’s Show which was a comedy, then my first film as a comedy, so I was known in the States as a comic actor. After that there were lots of really good comedies available to do and not so many dramas, so I decided to do Just Married.”

But horizons are expanding for the young star, with the 2003 release of the sci-fi psychological drama The Butterfly Effect.

“After [The Butterfly Effect] comes out I hope both genres open up to me a little bit more,” he says. “There’s another dramatic film I’m looking at right now that I’m potentially doing next. But for me, it’s more about the material. If I believe in the story and I believe it’s funny or it’s good, it’s something that I’ll do.”

Not that it sounds like Kutcher needs any more doors opened for him. Between appearing in a TV show (The 70s Show), producing another, two film production projects in development and more, he can’t possibly have time for any more ventures.

But the young actor is emphatic about the best way to pick acting roles. “You have to find stories that speak to you that you understand and believe in — that’s when you find the roles that work for you.”

As his star steadily rises, Ashton Kutcher is one young actor who’ll be speaking those stories to a lot more people from now on.