Skip to content
July 1, 2009 in Desktop See more stories from this title 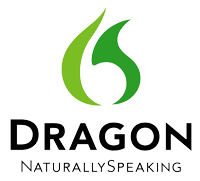 The promise of hands-free computing is always a little distant from the practice, and Dragon Naturally Speaking 10 doesn’t mean you’ll never touch a keyboard again, but it’s still a great talk-to-text tool. The Dragon system only recognises certain applications in full, so while navigating around the Internet is pretty easy in Internet Explorer by saying ‘click text link’ or ‘click image’ (whereupon it numbers each link on the page for you to speak the number for the link you want to click), the same functionality doesn’t extend to Firefox.

There were also several other niggles we could never overcome — repeated utterances of the word ‘Start’ refused to take us into the start menu even though we could select applications from the list once we were there.

What Dragon Naturally Speaking’s best at is when you have a long document to write or something similar where you’ll be in a single application doing one task for an appreciable amount of time. Switching here and there between tasks and applications is doable but it seems to need just a little more system resources than a plain dictation task does so unless you have an up to the minute system the delays are noticeable.

The set-up and install process takes longer than in most programs because you’re asked to read a few introductory paragraphs of text for the system to record some parameters about the volume and timbre of your voice. As in older versions, this is ‘your’ version of Dragon, getting more used to your voice the more you use it.

It does so in two ways. You can introduce a word manually by speaking it, typing it out and assigning it, where Dragon will equate that recording with the strange new word you want. It will also start prompting you when it hears a word it doesn’t know more than a couple of times, assuming it’s one you’ll use often so you can agree on it early.

The box includes the headset that plugs into your stereo headphones and speaker microphone jack that your desktop or notebook will almost certainly have. When the application’s running a small action window hovers on top of your other applications where you can turn the system on and off by just clicking the little microphone icon (if, for example, you answer the phone and don’t want ‘bloody client, I’m sick of them’ appearing in your document).

Dragon’s also pretty good about holding your hand when it comes to its own limits. In the above example where commands work in Internet Explorer but not Firefox, simply saying ‘what can I say’ brings up a help palette with all the commands pre-programmed for the current applications.

So how accurate is it? Surprisingly so — and as it goes through the process of training itself to your voice, it improves more. A one-page text document yielded only a handful of errors on the first try, and they were mostly words no computer would be expected to understand such as proper nouns.

Dragon has a lot of potential uses, a few of them apply to the life of a commercial artist when it comes to administration, and the new price makes it more compelling than ever.