Skip to content
September 28, 2015 in GQ See more stories from this title 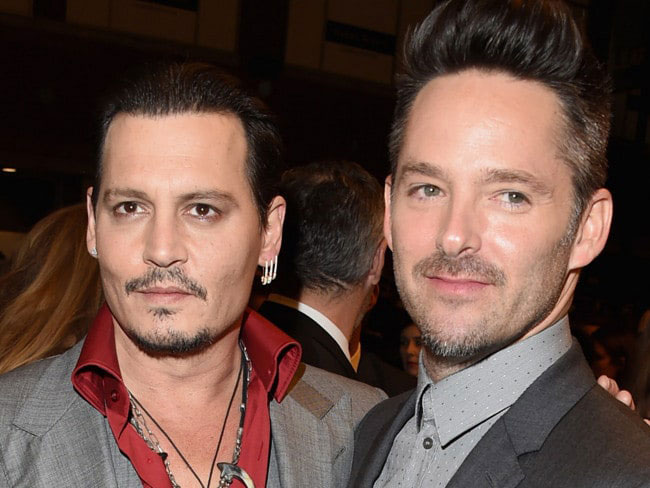 Look back over Scott Cooper’s resume since the late 90s and you can see he didn’t direct a film until 2009. That film – starring Jeff Bridges as an alcoholic country singer in Crazy Heart – was a hit, and actors who’ve worked with Cooper all say the same thing, an actor makes a great director.

Critics loved Crazy Heart and Cooper’s subsequent effort, Out of the Furnace – even though it didn’t do nearly as well at the box office.

But while the all-star cast of his new film Black Mass is impressive enough in itself, people have mentioning a name quite hallowed in the genre when they talk about Black Mass – Scorsese. But as the 44-year-old director tells GQ at the Toronto International Film Festival, the real story of former gangster Whitey Bulger was as much a drawcard as the kinetic, urgent style he uses to tell the story.

How much of an inspiration was the book on Whitey Bulger by journalists Dick Lehr and Gerard O’Neill?

Too often I find myself enraptured by gangster and crime films but they’re all fictitious, so when I had the opportunity to tell a compelling story about two men who literally put their lives on the line to chronicle these exploits for 37 years it was too intoxicating to pass up.

It’s a very male story like many gangster films, but the few female characters are pretty pivotal. Talk about them being pivots for the plot.

I am always drawn to strong women. It’s these women who allow us to understand the depravity the men undergo. In fact we get a real sense from these women of the right and wrong. They stand up to the men in ways other characters wouldn’t because they would likely end up very dead.

But it’s through their strength, tenderness and anxiety that we understand who these men are and I can’t say enough about Dakota’s [Johnson] work or Julianne’s [Nicholson] or the rest of the cast because it certainly made my job very easy.