Skip to content
April 6, 2013 in Books & Publishing See more stories from this title 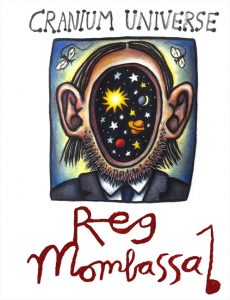 Now that ebooks have established themselves in the market, are they changing the way designers work? Drew Turney reports.

One of the more ambitious ebook projects of the past year has been HarperCollins’ Cranium Universe. Launched in September 2012, it showcases the work of poet, writer, musician and artist Reg Mombassa through a combination of text, audio narration and visual footage. Cranium Universe was created using Apple’s free iBooks Author software, and is the result of a collaboration between Mombassa and HarperCollins art director Matt Stanton.

Stanton cites Cranium Universe as an example of a digital-only product he believes will be increasingly used as more advanced software becomes available – and one that is changing the way designers are working.

As well as learning to use a new program, the team behind Cranium Universe had to adopt a new mindset, explains HarperCollins publisher Fiona Henderson. “Our biggest challenge was learning to not be confined by all the other usual conventions of the printed book. At first it was difficult for all of us not to approach it in the same way we did a print book so we had to learn to let go of that and go wild.”

Henderson describes the creative process as ultimately freeing, as the team was no longer ‘confined to plain text on one page, image on the next, and the limitations of conventional layout’. “My main concern was making sure we had something visual and colourful on every page. And on practical level we suddenly didn’t have to worry about a gutter breaking up a superb painting or needing page numbers or colour proofs.”

Another advantage: ‘We could make major changes up until a few days before release – and we didn’t have to wait three months to see our labour of love arrive back from the offshore printer,’ says Henderson. This also gave the team more time to get Cranium Universe’s ‘usability’ working across all the different ereading devices.

One of the biggest challenges facing design in the digital age is that publishing a book has been made as easy as uploading a file from your computer. This makes many small and self-publishers think book design is something they can do themselves – and you only need to trawl ebook sales websites and app stores to see they’re wrong.

The other aspect too few publishers – big or small – consider in digital publishing is letting the sales environment inform on the design. Adrianne Barba, who runs a graphic design consultancy in Perth and has recently branched into book and ebook design, points out that ebooks have to market themselves differently to print books. “You’re not designing something competing for attention on a shelf,” says Barba. “Instead, it’s in a sidebar or on a homepage competing with content or ads, so it needs to be more concise and simple. Less is definitely more.”

Alicia Freile, director of Sydney design company Tango Media, which specialises in ebook design and publishing, describes ebook design as a juggling act: designers increasingly need to keep a lot of mechanical details in mind – such as multiple file formats for different ereaders – while creating an eye-catching and easy-to-read product. “You need to be very conscious of things like type size, how the book is going to look really small, if it’s going to be showing up in black and white versus colour,” says Freile, adding that designers also need to consider branding consistency if the ebook is also being published in print.

Freile says in her experience designers are increasingly, and unwittingly, taking on new technical roles, as the intricacies of preparing a book for e-publication – even after the design has been done – will often catch authors and small publishers unawares.

Most professionally produced books are able to be converted into ebooks in a few steps if they’ve been assembled using graphic design software. So when it comes to designing a book for digital versus print, does that mean there’s no extra training or specialist staff required?

“The biggest retraining is more a rethinking,” says Stanton. “People are engaging with books in many different ways and we need to broaden our creativity from just typefaces and image choices.” However, this creativity needs to be balanced by an awareness of what works in digital as well as print, adds Stanton. “The goal is to create a design which works in both the physical and digital space. Sometimes the ebook might be a slightly simplified version of the print design, but what we’re aiming for is a seamless experience from the physical to the digital world.”

Barba says those with online design skills have a head start because of their knowledge of digital media’s limitations and opportunities. Freile agrees, but adds that the technical details can start to take too much time away from the designer’s primary purpose, especially when it comes to small clients. “The technicalities aren’t really what I’m set up to be doing,” says Freile. “I almost wish I had somebody like a publisher here to help me out – I just want to design.”

Though design itself is a specialist art, converting print books to ebook formats is increasingly mechanised, and for many – including Friel – it can be what she calls a designer’s ‘bread and butter’ work. “It’s not terribly creative. It’s more reformatting files than design, but it can be good business,” says Friele. However, she adds that this work is increasingly being outsourced to cheaper, offshore markets. “I’d love to be getting some huge contracts with the big publishing houses to do [print to ebook] conversion work but it’s just all going overseas,” she says.

While traditional publishers need to consider cover designs that work across both print and digital products, digital-only publishers such as Momentum have much more freedom when it comes to cover design.

“We do generally aim for a different thing with our covers in comparison to traditional publishers,” says Momentum publisher Joel Naoum. “Basically we aim for a simpler design that will stand out at thumbnail size. Our covers are also a slightly different size (wider than traditional covers), which are optimised for ebook screens as well as retailer sites.”

Naoum says he also likes to ‘test drive’ the covers before they hit the virtual shelves. “We tend to test drive our covers by mocking them up on online bookstore sites to see how they stand out among other covers both in colour and black and white (the Kindle store on Kindle devices only displays covers in black and white). Contrast if very important. We also tend not to try and clutter the covers with shout lines or blurbs and just focus on the title and author names.”