Skip to content
September 11, 2017 in Moviehole See more stories from this title 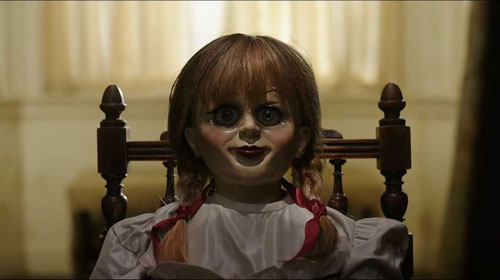 Steven Spielberg snuck through the front gate of Universal and hung around film sets before someone gave him a shot. As teenagers, JJ Abrams and friend Matt Reeves caught Spielberg’s attention. The industry titan asked the pair to clean up and edit a bunch of his home movies. David Fincher worked on set loading cameras and finally operating them.

The roads that can lead to a directing career are many, and the newest yellow brick road to get there is YouTube. As everyone in the industry tells you, it’s never been easier to pick up a camera, stage a well-written short and put it online. If it catches on, you might find yourself on a Hollywood soundstage shouting instructions at A-list movie stars through a megaphone quicker than you can blink.

That’s what happened to David F Sandberg, whose short horror film Lights Out go so much attention Warner Brothers offered him $5m to make a feature length version of it. After a global haul of $148m, Sandberg was suddenly the newest best thing in horror.

Next step; joining the Conjuring/Annabelle franchise with Annabelle: Creation, which tells the story of how the creepy doll from the 2014 hit came to be. He spoke to Moviehile.net from the set in Los Angeles.

How different was this experience after Lights Out?

A lot calmer. I mean, I always look calm, well that’s what people say. But lights out was like, ‘Ah, my first movie ever. It’s like I don’t know what I’m doing.’ And now I know a little bit what I’m doing.

It’s also another horror movie, no worries about being pigeonholed as a horror director?

No. There are worse things to be than a horror director.

How much did you want to reference the original creatively, did you brush up by watching it again?

I had seen it before, but I didn’t watch it again right before because I wanted to just stay fresh, you know. But I’ve had to go back and look at some parts of it again.

Which is going to be scarier, Lights Out or Annabelle: Creation?

This one may have more of a scarier mood or atmosphere, I think. Lights Out still has its fun moments, which I don’t think this will be without either, but it will be more horror.

Do you want Annabelle: Creation to particularly stand out against the first film, apart from just having different stories?

It’s just a very different film really. I’m not really sure what to compare it to, because the first one was a Rosemary’s Baby kind of story. And this one… what can I compare it to? I want to say The Orphanage but I guess that’s because it’s set in an orphanage. But it’s a different kind of story, we have all these characters that make it feel a lot bigger than just the couple of the first one.

After Lights Out being set in contemporary times, how big a challenge was it wrangling the creative detail?

I think that’s what drew me to it, because it was a period movie just because it feels so appropriate for horror and our production designer created this whole house.

Did any experience from Lights Out help you to make this movie?

Just learning how it works. Something I learned is just how long it takes to set up each shot. On Lights Out I was just impatient about how long it took, now it’s like I realise that’s just normal.