Skip to content
February 20, 2008 in SPG Media See more stories from this title 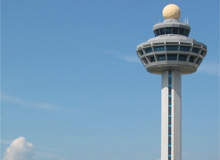 Flight data is affected by many variables, both on the ground and in the air. Drew Turney investigates how to get it right and integrate it into the increasingly complex aviation infrastructure.

The 1999 Hollywood film Pushing Tin tapped into a popular stereotype; that air traffic controllers are overworked and underpaid and that every time we fly we put our lives in the hands of these unhinged souls in control of outdated analogueÂ systems such as slips of metal on a rack beside a radar screen.

In truth, air traffic control and air traffic management systems are enjoying an ongoing renaissance, with both the technology and the data it houses playing a bigger part in aviation.

At the onset of the industrial computer age of the early 1980s the common method of managing flight data was to use a redundant mirror system. If one dataset or hardware array failed, the reserve system was used until the primary system could be takenÂ offline, repaired and connected to the infrastructure again.