Skip to content
April 14, 2007 in Dark Horizons See more stories from this title 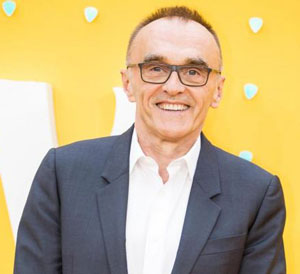 Hollywood’s voracious hunger to chew up new talent and suck it dry of life nearly caught Trainspotting director Danny Boyle as well, with the offer of directing Alien 4. Luckily for us, he held off to wait for the right sci-fi project to walk through the door…

So you were responsible for the seminal British film of the 1990s, then you became one of the best sci-fi horror directors in the world. How did that happen?

You don’t really think of it like that. Obviously you do when you talk to journalists and they ask about it, but you just try and do something different. Often if you do the same thing you can take it for granted and it’s good to challenge yourself.

Each film’s a two or three year process. You’re constantly reading and trying to catch up with the material but that’s a good place to be because you’re a bit uncertain at times. You have to do it and you have to learn how to do it and I love that process.

So when Alex suggested eight astronauts strapped to the back of a bomb flying towards the sun, I thought ‘that’ll do for me, I’m in.’ We kept some continuity when we went in as far as the crew and the approach and cost — keeping costs down.

I just always loved what I call hardcore sci-fi like Alien and Solaris. I’ve always wanted to do something like that and this was obviously the one. You learn it very, very quickly because you never make another one. Unless you’re contractually obliged to make a sequel, you never do another one because it can take half your life away.

And it’s so difficult to do. Think about James Cameron, who’s about to go back into space. He’s a nutter though…

Were you comfortable with such an effects-intense environment after the comparative real world of your other projects?

I was briefly involved in Alien 4 but backed out of it because I couldn’t handle the special effects. I didn’t have enough experience because it was straight after Trainspotting.

But I thought when I got [Sunshine] I didn’t know how to do it but I knew how to learn how to do it. And the effects were a big learning curve. It makes a big difference and the biggest difference is this; I’m very insistent on the set that the actors experience whatever they’re seeing as real as possible. The CG guys had to present stuff to them that was an approximation of what they were going to eventually see so their reactions were appropriate to what the end result would be.

But the problem is that in editing you have to wait, you have to be so patient. There’s nothing you can do to speed it up, if you speed it up you kill it.

It took a year for some of the CG work to get to us, and unless you’ve got staggering amounts of money and can just have thousands of people working on it all over the world in different places, you have to wait for your team to deliver it. That takes a lot of patience and I don’t have a lot of patience, you have to learn it.

And you hopefully have a good relationship with your CG guy so he’ll deliver what you’ve agreed on. Fortunately the guy who did this (Tom Wood) is very good. He really knows his stuff and he delivered for us, thank God.

Was it hard to give up that much control over what would be on screen, outsourcing the CGI?

In my case, I can operate a camera and I can design a set. It probably wouldn’t be very good but I could do it — but I can’t create a special effect in CG. I just don’t know how you do it, I can’t believe it’s all ones and zeroes.

But it’s not so much giving up control, it’s more to do with the fact that you mustn’t distort the film while you wait for it. Your instinct is to edit around CG so you don’t need it and you try and make the three-legged dog complete on its own. And of course it’s ghastly and you’re ruining it and that’s where the patience thing comes in.

Aside from the effects, you rarely just point the camera and shoot what’s in the frame. Does that style with light and focus effects come naturally to you?

It’s a mixture really. I think like that so I see the film like that. I try to assemble a bunch of images for the crew to look at so we’re not communicating only through language but with pictures. So you try and make everyone think visually on the set so everyone’s going to be in the same visual state of mind you’re working in.

It’s always been a key thing for me to make the films as visual as possible. People remember odd lines of dialogue, but what they take out of a film ultimately are visuals. So the general approach is to try and visualise the film as much as possible. You have to match the material, and the material in this film is what it’s like to grow close to the source of all life in the universe. So it has to be spectacular. It’s form equals content.

How much do you owe Kubrick for your vision of space travel?

You can’t get away from Tarkovsky, Kubrick or Ridley Scott because whichever angle you turn down in space travel, there they are. They’ve been there and they’re kind of waiting for you. Sometimes you have to just dock your cap to them and acknowledge you’re on the same turf as them.

There are two branches of sci-fi. There’s Star Wars and Star Trek fantasy and there’s this NASA sci-fi. It usually involves a ship and it usually involves a signal picked up from somewhere else that changes the mission and it’s these classic ingredients that you can’t avoid. When you’re working in space there are rules you just have to follow.

People have been bought up on this quite sparse but brilliant diet of sci-fi films. Not many of them are made and I think that’s because there’s not that much variation of story you can achieve.

So you realise you’re in quite a small club and there are house rules. Like when you make a thriller, it’s so broad and there are inspirations from Hitchcock or whatever but it’s a pretty broad church whereas sci-fi’s a narrow club.

Do you and Cillian Murphy have a De Niro and Scorsese thing happening, you’ve used him a few times now?

The difference in him from last time I worked with him [28 Days Later] is significant. Since I worked with him he’s worked with Christopher Nolan for Batman, Ken Loach on Wind that Shakes the Barley and Neil Jordan on Breakfast on Pluto. He’s really improved a lot as an actor.