Skip to content
November 1, 2004 in Inside Film See more stories from this title 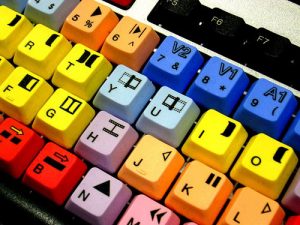 Movies are magic because they take us somewhere. They transport us to every corner of the earth — even places that don’t exist.

Everybody knows the art of cinema or TV is to maintain the illusion we’re actually there even though we know there’s an army of cameras, lights, technicians, the continuity girl, the catering truck and the producers barking into mobile phones off camera where we can’t see.

Director Sue Brooks described the difficulty she had during filming of Japanese Story, trying to select the optimum angles in such stunning landscapes so as to keep the production apparatus out of the frame.

For years it’s been enough of a challenge transporting armies of crew and equipment to remote shooting locations. But what about shipping the entire editing function along with it? Could a recent job for Spectrum films on the mini series Remote Area Nurse — currently filming on the island of Masig — be a quantum leap forward?

Mike Honey, facilities manager at Spectrum, seems modest about it when I suggest it’s a major new development in the industry.

‘We’ve supplied remote locations in the past — including one in Cooper Pedy where we put everything in a cave underground,’ he says. ‘This one was a little different in that it was so remote, but as long as you keep it simple and you’ve got editors who are familiar with the equipment it’s still doable.’

Compiling and transporting a whole editing facility to the middle of the Torres Strait on an island with only rudimentary power supply must have been a nightmare, but to Honey, size matters.

‘Basically my brief was to keep it really simple,’ he says, ‘and from a technical support viewpoint I thoroughly agreed with [editor Mark Perry] — we had to make sure what we put up there would work and be easy to swap out any components if anything went wrong.’

Editing with The Works

Speaking from Masig (where the phone signal is surprisingly clear) Perry explains how his wishes were initially quite different from the end result.

‘I wanted to do everything on Powerbooks using Final Cut Pro,’ Perry says, ‘and when they decided to shoot in HD it got too complicated in terms of hardware and hard drive space. But the set-up is basically everything we’d normally have, slightly more compact because everything’s on LCD screens rather than CRT monitors.’

‘Storage is usually done over a network so any of the editors on that network can talk to the same pool of data. But if anything went wrong in networking, it’s not easy to identify and fix without sending a technician out.

‘Even though we decided against network storage they still needed enough storage for all the rushes of the shoot and we worked out it was going to be about one terabyte. If the editor was talking to his own storage, the assistant would have to have something that was mirrored.

‘So we went with two terabytes of RAID protected fibre storage, each in the same box but divided into two. The assistant digitises rushes as the tapes came in from the crew each day, then copies them to a firewire drive to copy onto the editor’s storage. With identical media on both drives, it means we don’t have any networking issues.’

But surely that begs the question; isn’t that what laptops are for? Why take the whole editing suite with you when Apple Computer ads are all telling us how you can carry around a $100,000 suite in one Powerbook?

‘We did discuss that,’ Honey confirms, ‘but there were a couple of features in Avid which Final Cut doesn’t have. Plus neither of the editors had spent a great deal of time in Final Cut. The learning curve wouldn’t have been insurmountable, but they would have been cut off from any operational support.

Even so, wouldn’t it have been easier to forgo the expense of setting up a custom-built editing suite in such a remote area? Why not just send the footage back to an existing facility in Sydney near the production company, Chapman Films?

While it might not necessarily have been cheaper for the production to do everything on Masig, ‘send’ is a different concept in the middle of the Torres Strait than it is in the big smoke.

‘It really came from [co-director] David Caeser,’ Perry says. ‘He was keen to have us up here cutting and seeing what’s going on straight away. Once we get back to Sydney there’s not much chance of getting back here, it’s just too expensive, and a lot of the performers are from different islands so everyone’s going to scatter to the four winds once production’s finished.

‘We’re basically working to lock it down as much as humanly possible while we’re here, trying to get some pretty good cuts so we have a good idea what it’s going to look like if we need to do pickups or reshoots.’

According to Mike Honey, it’s a bizarre sight. The entire cast and crew are housed in rows and rows of tents. There are buildings, power, phones and a community on Masig, but the editing suite gets one of the best homes, in an open room with fans going all the time.

‘So far, the weather’s been relatively mild,’ Perry says, presumably with crossed fingers, just one month into the three month shoot. ‘It’s been hot, but not stinking hot. They reckon we’re heading into a period called the doldrums pretty soon where the wind drops off and it just bakes. As we get close to the monsoon it’s going to get hotter and hotter.

‘But it’s not too bad. A lot of us are getting used to it — everyone came up here with the idea it was going to be a bit rough.’

If You Can’t Stand the Heat’

But the big question is, how has the remoteness, weather and relative pampering been affecting the editing set-up?

Both Perry and Honey had nothing but positive news for the performance of the equipment, although Honey relates the story of the first — and so far only — hitch.

‘At the end of the first week the breakout boxes on one of the Avids died,’ he recalls. ‘We thought it was a power supply but the whole board just fried. We got the call early on a Friday morning and we had a spare breakout box [in Sydney], so the production office and the shipping company they were using did some very quick thinking and got the new box up there on the Saturday morning, picked up the other one and had it back to us on Monday morning.

‘The assistant editor installed the replacement herself with us on the phone and there was actually very little downtime. Those kinds of things are your worst nightmare when they happen in a remote location. Touch wood though, apart from that it’s been working fine.’

The distance wasn’t the only challenge for Spectrum, who were working with a format they hadn’t used before.

‘It was the first time we’d supplied any facilities with HD capability,’ Honey says. ‘The choice was digital Betacam versus HD and when they did the tests side by side you could actually see there was great merit in using HD. So they went with a Panasonic camera and we did some tests.

‘We got an HD deck and everything worked fine in terms of converting the HD image into standard definition for editing purposes in real time, straight out of the deck. The picture quality looked pretty good even in an offline resolution.’

So even though Spectrum are optimistic but modest about the success of the facility, it’s obviously something special — after all, while David Caeser and Remote Area Nurse star Susie Porter sleep in tents, it gets its own room!