Skip to content
February 1, 2003 in Filmink See more stories from this title 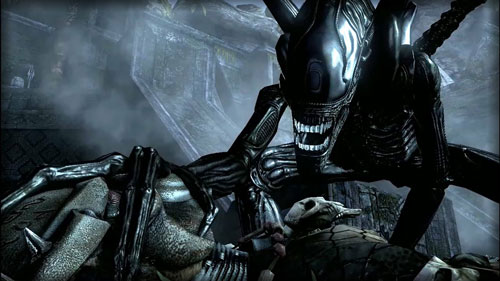 For the first time ever — thanks to our web-enabled, media-converged world — entertainment no longer flows in a recognised pattern from one medium to another.

For the first time, an ‘entertainment fixture’ (EF, for instance Spider Man, Star Wars, Turok, Harry Potter — it can be a character or story as long as it’s a brand) has moved in a bold new direction, and the rhythmic nature of media is set to be turned on its head by this new development.

First, there was a movie.

By the time of the most recent blockbuster era (propelled into the stratosphere by new production technologies like CGI), marketing executives in Hollywood were giving ‘merchandise potential’ films like Independence Day and Godzilla names; tentpole events.

That meant the film was the pole that held up the tent of licensed merchandising destined for sale across the world.

You saw the film, then bought the book tie-in, the soundtrack CD, the plastic cup at the movies with the characters on it, then the DVD and Special Edition DVD when they were released.

We long ago passed the point where the ones who got richer weren’t the film makers or studios but the license holders — it’s not uncommon for earnings on merchandise to outstrip box office receipts many times over before the dust has settled.

There used to be movies, TV and radio. None of those old media seemed to compete for our attention — they were different sizes, served different purposes and had different markets.

The only cross-media events in those days (apart from the ABC corporate identity) were the cheap TV series made from B grade sci fi movies of the 70’s like Battlestar Galactica and Buck Rogers.

Now, there’s not only more media around, but each one is trying to outscream the others for our attention. It’s hard to say which field is the bigger earner (or sees the most activity) — the Internet, films or video games. And the traditional big money champion of Hollywood has had the electronic game publishing industry nipping at its heels for years now.

It wasn’t always like this, but one aspect of the current media field has been around for ages. In the really old days (the early 80’s) Atari, Sega and their progeny cottoned on to the movie tie-in by producing video games featuring popular film characters or storylines.

Of course, the practice has changed — back then, blockbuster movies were made and released to sell only themselves. If Atari wanted to license the Superman, brand to make a video game, that was just a few extra bucks in Marvel Comics’ pocket.

Nowadays the game-based-on-movie releases are still around, but of course, any Hollywood marketing manager worth their salt has eyes firmly fixed on those license agreements and the film is almost secondary. Hardly a single ticket had been sold for Harry Potter, Lord of the Rings, Attack of the Clones or Spiderman before games were in development.

Gradually, video games got bigger and better. Sony and more recently Microsoft have pushed the boundaries of the video game experience beyond our wildest dreams while we sat playing Sega Mega Drive and Intellivision.

As processor power went through the roof, picture and sound quality — to say nothing of the plots and backstories involved — began to rival what we saw on our movie screens. Movies based on popular video game characters or plots (rather than the other way around) were the next logical step.

Pioneered by Super Mario Brothers years ago, the genre has come into its own with Resident Evil, Tomb Raider and Wing Commander. Despite mixed success, video games are the new rising stars of the media world.

As long as the release of a new Warcraft, Grand Theft Auto or Halo rivals that of even the biggest blockbuster movies, it’s unlikely film studios will stop trying as new stories come from the Xbox and Playstation stables.

So we have characters, stories and legends that the video game world and the film world handball to each other, each EF brand designed to maximise its own exposure in order to exploit those endless merchandising licenses.

Whether one way or another, there’s always been a path from the top down through the media hierarchy (being first in line to see the movie = hip, having a Jar Jar Binks tie = sad).

But now the established paths trod by media behemoths, the Marios and Lara Crofts, the Jedi and Spidermen and Duke Nukems, have been thrown to the wind.

How has the circle closed to form a whirlpool of multi-media brands where there are now no rules, no ingrained integrity about where the brand sits, from where the pole holds up the tent?

With the report in a recent Total Film (UK) article that planning is underway for an Aliens vs Predator film.

For the first time ever, a tie-in has spawned its own brand that will sit on the same level of brand hierarchy as its parent brand.

In English, that means that for the first time, a movie is being made of a video game that was based on a movie (in this case, two). The monsters from both the Alien series and the Predator films are so iconic and marketable that someone had the great idea of having a video game pitting them against each other.

Now someone’s going to make a movie based on that video game.

Undoubtedly, there will be further video games (to say nothing of other licensing — particularly since it’s awhile since the original game has been on the best seller lists) based on the plot the movie is concerned with.

From now on, things are going to get confusing.

But that’s convergence for you.