Skip to content
May 20, 2014 in TimeOut See more stories from this title 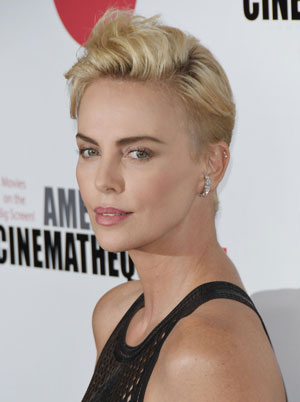 Charlize Theron, comic actress? Why not, wonders Drew Turney, after the talent she’s shown so far.

Charlize Theron is still so beautiful at 38 she looks to be at ‘that’ stage, playing nothing but eye-candy in various states of undress.

But she’s not only left those days far behind (if she ever went through them), her prodigious talent has kept her in demand since she first got our attention in The Devil’s Advocate way back in 1997 (when, yes, she got undressed).

Something we haven’t seen a lot of from her however is comedy. Not that the whip-smart star isn’t good at it – just look at the trailer for her new movie A Million Ways to Die in the West (the red band one’s even better). “I’m always shocked when people say they find him risque,” she says about star/writer/director Seth MacFarlane, now on his second film after the surprise smash Ted. “He has an acute awareness of what’s happening in the world and makes great commentary on that.”

The idea of laughing out loud at Theron taking part in toilet and genitalia jokes is intriguing. She plays Anna, gunslinger and love interest to MacFarlane’s Albert, a role to which the scattershot gags of MacFarlane’s style must have come naturally.

“I don’t know about naturally,” Theron says about her role. “It’s still a creative process and you’re trying to find the story instead of just thinking of it as a comedy or a joke.”

For such a funny lady, that doesn’t explain why Theron hasn’t done much comedy until now (her resume includes everything from the metamorphisis playing a serial killer in Monster and popcorn action thriller The Italian Job to the sparse, minimalist sci-fi Aeon Flux). TimeOut presses a little harder.

“Comedy’s very specific,” she says. “It’s very much driven by pace. Humour is based more on taste than drama is and I’ve had a lot of comedy offered that I didn’t really think was funny. So for me it’s only been harder in the sense that I’m very specific with what I want to do, and that includes comedy.”

And was doing such an outright comedy a way of proving she could do it? “I’m so fortunate to be in a place in my career where I don’t necessarily feel like I have to prove myself on that level anymore. You want to prove it more to yourself than you do to other people.”