Skip to content
April 1, 2007 in Books & Publishing See more stories from this title 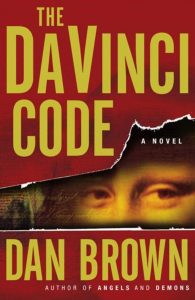 With Hollywood again mining the world of fantasy literature, 2007 looks like another bumper year for film and TV tie-ins. Drew Turney takes a closer look.

In the age of synergy across the major media conglomerates, 2006 was very kind to film and TV tie-ins, the one genre that receives perhaps the biggest jolt of free marketing of any other (a case of ‘one ad to rule them all’, maybe?)

Angus & Robertson’s Perth CBD store remarked on several titles going ‘through the roof’ in the past year. Among them were The Da Vinci Code, but one wonders if it ever really stopped or just spiked around the time of the mid 2006 release. Arthur Golden’s Memoirs of a Geisha also did very well, and considering the film received mostly lacklustre reviews, it goes to prove that film and book consumers are very different beasts and a film being made out of your book can’t hurt no matter what the quality of the finished film.

The Devil Wears Prada was also a very good performer, one that had been floating around many bookshops alone before the Anne Hathaway and Meryl Streep film ensured it’s new blockbuster status.

“The past few years have been incredibly strong for film and TV tie ins,” says Julia Fett of Random House publicity and marketing, “and we’ve been fortunate enough to be involved with a number of huge successes.”

Random House confirms that Memoirs of a Geisha was a big success, along with The Sisterhood of the Travelling Pants, The Da Vinci Code, The Black Dahlia, Eragon and Hannibal Rising.

Another one with mixed reviews, Brian de Palma’s adaptation of Elmore Leonard’s The Black Dahlia further proves the ‘no such thing as bad publicity’ theory, although Leonard’s a well-known cultural fixture and any mention of his books will convince a certain number of new readers to give his work a whirl.

Little Brown publicity manager Jaki Arthur has a similar story of good support from a movie that’s been disliked as much as liked. “We’ve had very, very good sales of Joseph Kanon’s The Good German,” Arthur says. She describes the novelisation as ‘fantastic’ and calls the jacket ‘knock me out gorgeous’. “We notice the film has had mixed reviews,” she continues, “but [reaction to] the book is unanimously very positive.”

Penguin’s coffers should be enjoying a boost right now with the current release of Miss Potter. It’s the Renee Zellweger-starring biopic based on the life of author Beatrix Potter, and there’s not only the novelisation of the movie to consider but the catalogue of Potters’ classic children’s novels generations of kids have grown up with. “the film has had a positive effect with the Beatrix Potter books and tie-in titles all performing well,” says Penguin’s Felicity Vallence of the action since the film’s release.

So what’s up in the months to come?

The biggest news on the bridge between the page and screen is that there’s another Narnia-style sensation on the horizon. And no, it’s not another Narnia film (that’s not due until 2008). New Line Cinema, the studio behind the phenomenally successful Lord of the Rings trilogy, is bringing Phillip Pullman’s Northern Lights (Scholastic) to the screen as The Golden Compass, starring Daniel (James Bond) Craig and Nicole Kidman. Pullman — along with booksellers the world over that stock him — can expect his currency to rise dramatically towards the end of the year when the marketing machine kicks in.

The other cinematic monsters of 2007 will be Spider Man 3, Pirates of the Caribbean; At World’s End and Shrek 3, all of which not only betray Hollywood’s risk-averse obsession with sequels but will doubtless spawn novelised versions, picture and activity books and companions aplenty.

The Spider Man novelisation is being released by Simon and Schuster a few months out from the cinematic release, but for the more child-friendly Shrek 3, HarperCollins are releasing a whole suite of picture and storybooks for kids, from novelisations and colouring books to novelty titles that include a story time theatre with press-out characters. With Shrek 2 still the highest grossing animated film of all time, expect an ogre-sized chunk of sales.

Still with Shrek, Five Mile Press are releasing a number of products from the collateral end of the publishing spectrum such as activity packs, storybooks with sound, stencil books and push-out model sets.

Hachette is the house behind the children’s classic How to Eat Fried Worms, the film version of which was released into cinemas recently, and Paramount have acquired the rights to Hachette property Stoneheart, by Charlie Fletcher. It’s described as a fantasy/adventure for boys so maybe we haven’t seen the last of the Eragon-style Tolkein-lite genre.

Penguin also has high hopes for the film tie in of the bizarrely named Bridge to Terebithia. Reaching number three at the US box office soon after release, it will come with a considerable amount of awareness if Disney can capture the same magic when the film arrives in Australia in June.

If you’re not a kid

It’s not all happening in the kids’ section though. One of our biggest Hollywood exports came home to lend his talents to a small local film project in rural Victoria late last year. Eric Bana stars in Raimond Gaita’s Romulus My Father, directed by Richard Roxburgh and based on Gaita’s successful 1998 book (Text Publishing). One to grab a current copy of before they’re all rebadged with the film release marketing!

Text Publishing also brings us Silk, the sensual novel of a young 19th century silk trader who has to travel to Asia to rescue the French silk trade from an epidemic threatening to wipe out supply. Translated from the original Italian, it will star Michael Pitt (The Dreamers) and Keira Knightley (Pirates of the Caribbean) and is scheduled for a late 2007 release.

Monarch Press are showing a unique understanding of multimedia by releasing the book Amazing Grace at the same time the film comes out in the UK. It’s the story behind the classic song that tells the tale of a Christian politician William Wilberforce, whose drive to end slavery many believe led to the creation of the modern welfare state.

Random House has a full stable of film tie-ins. First up is the Freedom Writer’s Diary. It’s based on the movie starring Hilary Swank, in which a teacher inspires a school full of gang-affected students to write down their fears and hopes. It contains 150 of the writings of real-life students from the true story.

Also forthcoming is the film dramatisation of Ian McEwan’s novel Atonement, set for release in 2007. Starring Keira Knightley, Vanessa Redgrave and James MCavoy, it tells the story of a terrible accusation by a young girl, one that has grave consequences for everyone around her.

Reality TV continues to steamroll the competition on the small screen, and The Biggest Loser has become the newest reality cult. In late February, Hardie Grant bought us the essential companion to the show, described as ‘a one stop shop for information on health and fitness’. It includes weight loss programs, recipes and snippets of wisdom from show trainers Shannon Ponton and Michelle Bridges.

At the perhaps more refined end of the scale is Constructing Australia, the book based on the illuminating miniseries of the same name. Like the ABC production, it chronicles the trials and tribulations from the personal to the political of three of Australia’s biggest engineering feats; the Sydney Harbour Bridge, the Perth-Kalgoorlie pipeline and the overland telegraph network.

Hardie Grant brings us a unique ‘in character’ title in 24: The Counter Terrorist Unit Handbook, with a foreword by CTU agent Jack Bauer (played in the series by Kiefer Sutherland). The handbook is received by all new CTU inductees and contains information on the history and command of the unit, training and weapons and some seminal milestones in the Unit’s history — as seen in the series.

Still with TV drama, everyone’s favourite bloodthirsty convict revenge show Prison Break get the book treatment with the July release of Prison Break: the Classified FBI Files, including interviews, info about the show, trial excerpts, investigations and a DVD.

Random House is also hoping for a good response to Torchwood, based on the DR Who spin-off, and Pan MacMillan bring us two Lockie Leonard novels, Tim Winton’s tale of a young surfer and the tribulations of adolescence.

With cinema in steady decline thanks to the threats from home entertainment (ironically, DVD is said to be propping the whole system up yet it’s the reason people stay away from the movies in droves), the movie studios need book tie-in licensing more than ever, and area that continues to thrive.

By contrast, TV is racking up one smash after another and earning a new respectability. As long as it keeps adding bums to lounges, there’ll be a fertile tie-in landscape, one you can only benefit from no matter where you lie in the supply cycle.

Sidebar — The Other Way Round

From screen to page is a bit more common in publishing than the other way around, but Tony Hardy, author of Race Around the Sports World is going against the grain by attempting to produce a 13 episode TV series based on the book.

Currently in talks with the Discovery Channel, ESPN, The Lifestyle Channel, Lonely Planet, National Geographic, BBC World and more, he says it’s a whole new ball game — so to speak. “Instead of a manuscript, we have a pitch document, which includes a synopsis, treatment, crew, schedules, budget, information on key people, two minute promotional DVD plus a two-minute pilot. It’s a lot more detailed than when pitching the idea to publisher.”

And the reason for the move into onscreen media? Just ask any armchair sportsman on any given weekend. “The TV series will be much more successful simply because men aren’t big lovers of reading but are addicted to watching sport on TV,” Hardy says.