Skip to content
March 18, 2004 in Xpress See more stories from this title 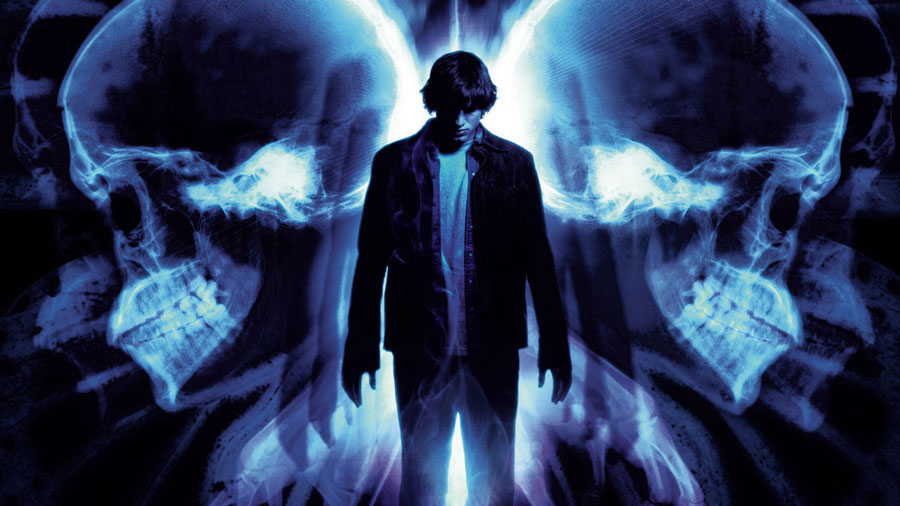 As we all know, plenty of shocking movies still clean up at the box office because of the branding that comes with them (Matrix, Bad Boys, Jet Li; we’re looking at you), but The Butterfly Effect came with no such recognition.

Critics across America went on to almost unanimously savage it, but somehow — whether it was star Ashton Kutcher’s departure from comedy that intrigued audiences or the haunting poster art of a man framed by two profile xray pictures of human heads (making him look like a huge butterfly) — it rocketed to the number one spot in American cinemas quicker than you could say ‘Dude, where’s my motivation?’

Of course, there was something eerily familiar about a supernatural thriller coming from nowhere to dominate the box office; reminiscent of the triumphant success of The Sixth Sense, maybe it should have been called The Shyamalan Effect.

It’s actually hard to see what the writer/director team of Eric Bress and J. Mackye Gruber did to deserve such bad reviews. Even those expecting Asthon’s acting to be the true mark of horror will be disappointed — he’s not Laurence Olivier, but neither are many of the other actors working in Hollywood that have much better reputations for talent.

Everything about The Butterfly Effect is well done — from the story and the characters to the performances and tension. To start with, if you like pseudo-science, the premise is fantastic. Putting a unique new spin on time travel is always interesting, both because of how it tells the story and how the scriptwriter handles the inevitable challenges. In the world of Evan Treborn (Kutcher), time travel isn’t done in a hotted up De Lorean, nor does he find himself surrounded by Morlocks.

His ability to travel through time is a mental aberration he doesn’t even understand. Suffering debilitating blackouts since childhood, the family psychiatrist suggests he keep a journal as treatment; which he does right through to his college years, when his ‘condition’ becomes active with frightening results.

Trying to make sense of the consequences of his actions with childhood friends Lenny, Kayleigh and Kayleigh’s creepy, borderline-psychotic brother Tommy, he becomes increasingly troubled by his absent memories and seeks out his former friends in his hometown, backfiring with tragic results.

Armed with new knowledge about his terrible gift, Evan decides to put things right — reading about his blackouts in his journals sends him violently back in time to the event in his history he’s reading about.

And that’s the unique thing about The Butterfly Effect’s premise; it’s Evan’s consciousness that travels, not his body. He arrives at his terrible destination as the 7 year old or 12 year old he was at the time but with the mind, experience and knowledge he’s bought with him — and the chance to change things for the better. The butterfly effect of the title refers to chaos theory, where the tiniest change in a system can cause a vastly different outcome (analogous to the flapping of a butterfly’s wings causing a typhoon halfway around the world through ever-increasing shifts in cause and effect). As the tagline says; ‘Change one thing, change everything.’

Evan wakes as if from a dream in his own time, everything — even he himself — unrecognisable from the life he knew, and despite having to make big adjustments, everything is perfect and everyone is happy.

But one slip sends his life plunging into a new nightmare, and now — aware of his talent — Evan reads his journal and goes back again, erasing what he’s done. Every time he does he irrevocably changes something else, so each time he returns to a vastly changed present, Evan has to try and go back to undo more damage to himself and the people he loves until it kills him or sends him mad.

Co-produced by Kutcher himself, The Butterfly Effect is thought provoking and gripping. The idea underpinning it could have easily been ruined by clumsy scripting, but the script and direction both support the narrative all the way through. While it’s complicated and keeps you guessing, it’s also straight enough to follow — a rare occurrence in scriptwriting.

Although the twist on the time-traveling premise could be applied to any genre from comedy to gut-churning horror with equal impact, the producers have gone for the Sixth Sense market, and The Butterfly Effect is effective as a creepy thriller because of the images that mark the life of the characters (particularly the psycho Tommy, the scariest 14 year old there’s been in a movie in a long time).

It’s hard to pinpoint what turned the critics off, but if you enjoy an idea that could have been born in the most serious science fiction with the emotional engagement of your favourite movies, The Butterfly Effect comes close to being the perfect movie.