Skip to content
January 7, 2016 in GQ See more stories from this title 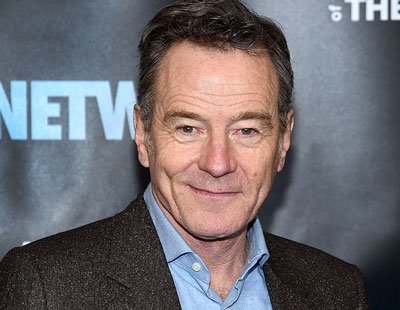 Bryan Cranston has moved on from his mesmerising role as meth maker Walter White by donning a suit and a Trumbo moustache.

Does anyone really remember the Dad from Malcolm in the Middle? One pioneering TV writer did; Vince Gilligan, who’d worked with the actor on a single X Files episode in the late 90s and tapped him to play the suburban father and husband-turned drug kingpin in a show he’d got a green light for called Breaking Bad.

As Walter White, audiences fell in love with Bryan Cranston’s arc from aw-shucks chemistry teacher to the stone cold killer hiding in plain sight and rather than a series, the narrative was so tight it played like a 60 hour movie.

Cranston was suddenly the hottest thing in Hollywood, appearing in one high profile pic after another (following a long career of movies nobody took any notice of, that is) like Argo, The Lincoln Lawyer, Drive and Godzilla.

With Trumbo, the 59-year-old Los Angeles native puts on his actor’s hat, inhabiting the role of the blacklisted 1940s screenwriter Dalton Trumbo and giving another great performance in a crowd pleasing film. But as he tells GQ, a lot of preparation goes into find the soul of a rebel.

How did you find the character of Dalton Trumbo?

There’s a lot of source material but you can kind of get lost in that and if you only focus on that you start down a road of impersonation so I wanted to be very careful not to do that.

That being said, he was a very flamboyant character with contradiction and irascibility and passion. He was a wonderfully big character dramatically. It’s kind of an amalgam of research from the books about him, talking to people who knew him, so you’re almost like a detective assembling clues.

Every time I start a show or a character it’s always outside of me, I always envision him out there somewhere, then the more research I do and the more I talk to people the closer he gets to coming in and at some point you have to have trust and have faith that he becomes a part of you, not just the sound of him but how he carries his body and his sensibility, his point of view.