Skip to content
September 1, 2016 in Video & Filmmaker See more stories from this title 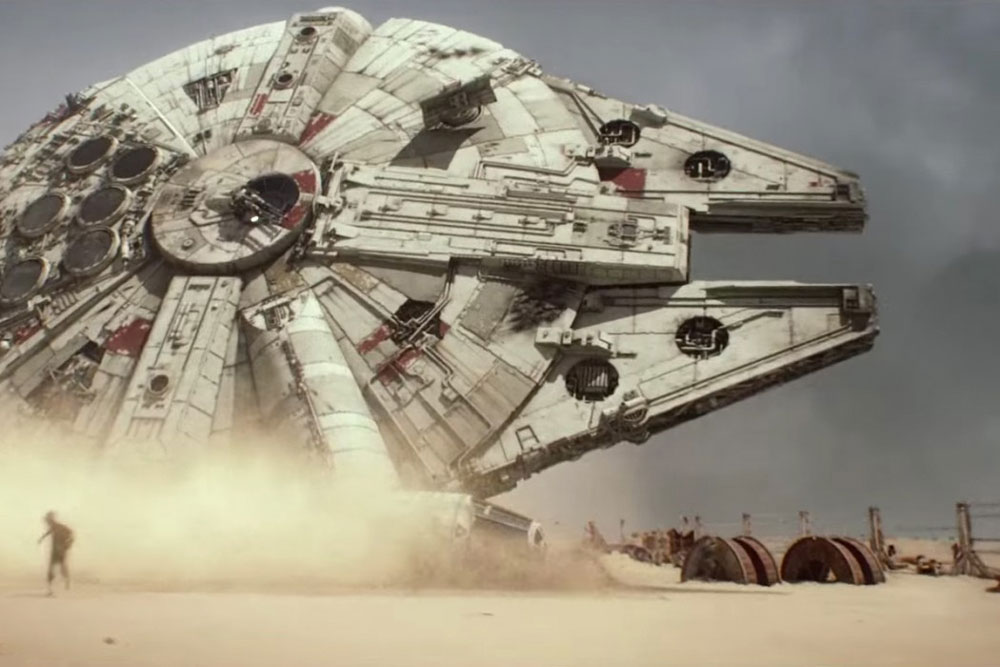 How the special effects crew behind Star Wars: The Force Awakens bought another iconic Star Wars aerial battle to life.

As well as recapturing the sense of charm and fun of the original Star Wars trilogy in last year’s Star Wars: The Force Awakens, cowriter/director JJ Abrams was determined to give the film a handmade, in-camera aesthetic.

He achieved just that by using old-world filmmaking techniques like puppetry, make-up effects, on-set pyrotechnics and more, but because of the fantastical nature of the story, the use of pretty extensive CGI was inevitable.

It was still Abrams’ mandate to make everything feel as real as possible, however, and nowhere was such creative direction more apparent than in the graveyard chase, where TIE fighters chase the Millennium Falcon across the sandy wastes and downed warships of the planet Jakku.

Video & Filmmaker spoke to two of the department heads that made the graveyard chase (and so much more) possible to explain how much work went into everything from the on-set preparation to the CGI that gave us the final images.