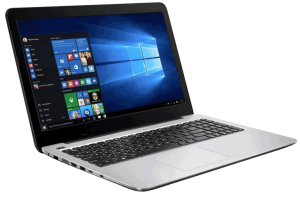 The dotcom revolution will go down in history as having lost as many fortunes as it’s made. However, the infrastructure that remains in place for further IT&T development confirms that the public, government and business sector still have enormous faith in its potential as well as associated software and usage technologies.

And training in the Internet is one area that has burgeoned along with the rise of the Internet and the World Wide Web themselves.

One of the latest catchphrases of the dotcom revolution is the term ‘digital divide’. It’s used to describe the possibility of the digitally uneducated (who either don’t know what the Internet is for or can’t access it) being marginalised or left out of the loop of a society increasingly driven by online communication.

The desire (and pressure) to increase productivity and cost by avoiding expensive, out of date paper documentation is a forest-friendly solution to an age-old problem, but several social commentators and concerned citizens think certain groups of society will simply be left out.

People such as seniors (traditionally slow to uptake drastic new technologies), the unemployed (who show a much lower PC penetration rate than the mainstream) foreign-speaking people (who are already on the outer of the mostly English-speaking Internet environment) could be in trouble in years to come.

So while much of the Internet training industry is geared towards computer literates, there is a huge opportunity for basic Internet training (although a perceived lack of potential returns means it generally isn’t thought of as a ‘market’ — most ‘beginner’ courses are run by single or small operators).

Most mainstream technology training comes from the well catered-for and widely recognised TAFE and university system, which traditionally enshrine technology studies into their most industry-accepted form.

But among the higher end of the market, companies like IBC (International Business Corporation) and AIM (Australian Institute of Management) provide professional courses in everything from a one-day course on the basics to the practicalities of HTML.

Anne Seager, Training Manager, AIM, explains that in offering courses that cover beginner, intermediate and advanced courses in Internet operation, e-business and HTML, computer knowledge isn’t a given. “The majority of people in our courses have a basic knowledge, but there is still a small percentage (say 10%) of people who have limited or no knowledge of computers.”

In turn, most AIM programs, with the exception of their beginner course, cover more specific and technological aspects of the Internet (such as e-commerce and its potential for small business and HTML).

IBC targets its courses (held as one-day seminars) even higher, including tailoring training to companies to comply with the new privacy legislation.

Corporate Communications Manager James Walker explains their Internet training business. “Our courses are mid to high end.” He says, “People have the basics, and we do such things as search engine optimisation, website redevelopment and Internet marketing, as well as the privacy angle.”

According to James, people have basic computer or Internet skills before consulting IBC. “Our clientele are fairly typical of middle management, a 70-30 male to female split.”

E-seminars, as they’re called, were created by eMark Corporation. Manager Director Gordon Owili explains the concept; “They’re intended to give your average small business person an understanding of the importance of the Internet and e-commerce in their business.” He says, “There are simple yet highly effective techniques such as email communication with their customers and suppliers, websites and use of various computer programs to improve efficiency in their activities.”

E-seminars are to be run free to small or home-based business. A big selling point for eMark is their simplicity. “It excludes the use of technical jargon,” Gordon explains, “instead of saying ‘network’ we say ‘a bunch of computers’.”

While the program prides itself on its reach to people with few skills, its purpose is still to promote value to the bottom line.

But all that leaves out the second sector of society, the ones sociologists fear will fall into (or find themselves on the wrong side of) the digital divide.

Most basic level Internet training (which often explains what the Internet is as much as how to use it) is targeted at the classically marginalised groups of society like migrants and the elderly.

But the digitally unenlightened we rarely think about is the average director of the board, company chairman, member of parliament, influential policy-makers who may have a far-reaching influence on society.

The typical industry heavy or parliamentarian came of age when the first personal computers rolled of the Commodore production line — before anyone had heard of Windows or Netscape. Asked to make decisions that shape the digital economy and society, many have little idea what the Internet’s potential (and potential dangers) may be.

Most indicative of this was the presentation of the Internet Community Hour, a free introductory course on Internet basics, to several very senior policymakers from the Court government. The presentation was facilitated by the West Australian Internet Association, wary of elected officials deciding public policy on digital matters without understanding them.

Born from the auspices of the WAIA (where its creator and director, Karen Melzack, sat on the board), Internet Community Hour is a program to introduce everyone from migrants to the elderly to the wonders and possibilities of the Internet.

A teacher by trade, Karen approaches groups from locations as widespread as Geraldton and Albany and trains instructors on delivering the one-hour lesson, which teaches people everything. “It’s an introduction to the Internet,” she says, “Everything from what a browser is to performing a simple search.”

ICH is a non profit program put together several years ago and designed to position itself in communities of people who want to (or need to) learn what the Internet is and what it can do. Originally funded by Central TAFE, benefactors have included several industry and education groups and providers and community-minded businesses and organisations.

“The first word I can think of is communication.” Karen says. “That’s absolutely crucial, whoever you are. Email alone is such an emotional support for isolated people. Everyone has to start somewhere and ICH is certainly the first step.”

“It’s like a mentoring scheme. I go out to the communities and train the people who’ll be training the groups. I’ve been able to get out there and see what they want. And they want to teach themselves and each other.”

So where does that leave people who want the very basics of Internet training who aren’t marginalised by language or means? We live in a commercial world where web design and e-commerce are much sexier than the difference between the forward and back button on your browser.

As IBC’s James Walker describes it; “There’s a real glut of stuff out there for the beginners.”

Wendy Moore, an independent TAFE-qualified trainer and assessor, confirms that people with little or no skills come from a variety of backgrounds. “Many of my clients are non-English speaking, have few English skills or are not computer literate,” she says, “they need to be given a lot of help to build confidence first.”

But, she adds, people who know little about the Internet at least believe that an understanding of it would improve their lives. “My typical student is about 45, female and is quite motivated to learn.”

A big part of basic-level training is ascertaining skills that the bigger companies (and most of us in the professional sphere) take for granted — things such as how to use scroll-bars, where to click your pointer to type in a field, even how to start a browser up.

“You have to ascertain their skill level before they turn up on the doorstep.” Wendy explains, “Some think they know what they’re doing and then you find out they’ve got it wrong, some don’t think they’re that good and I put them straight onto a higher level.”

Internet training is by its nature fairly structured but all operators interviewed agreed that a certain amount of flexibility is a must — students can come from all sorts of backgrounds and competencies and what one takes for granted might mean nothing to another.

But the Internet is always going to be a growth area. While technologies like e-commerce, streaming content (including Web TV-style technologies) and WAP mature and take off, teaching people how to get along in the digital world (no matter what their prior skills) will be a more assured career than your average dotcom start-up.