Skip to content
October 1, 2014 in Moviehole See more stories from this title 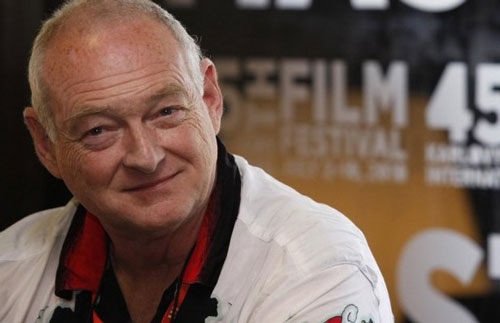 If you’re under 30, there’s a good chance you’ve never heard of Brian Trenchard-Smith. But if you like Quentin Tarantino movies, the 67-year-old British-born, Australian-raised director’s shadow looms large over your film tastes.

If you saw Mark Hartley’s (of this year’s Patrick remake) ace Ozploitation documentary Not Quite Hollywood, you would have seen QT and Brian sitting in a cinema ruminating on the hidden history of Aussie exploitation (Tarantino’s dodgy Australian accent as a miner near the end of Django Unchained was no doubt a nod to the era).

Before he gave a certain Nicole Kidman her big break in BMX Bandits (1983), Trenchard-Smith was a figurehead in the Ozploitation movement with films like The Man From Hong Kong (1975) and Turkey Shoot (1982).

He’s been working ever since, and in his latest film Drive Hard, the writer-director took Hollywood stars Thomas Jane and John Cusack down under to shoot his buddy-comedy heist movie in the streets of Queensland’s Gold Coast.

Give us the pitch for Drive Hard

It’s an offbeat action comedy tailored to John Cusack and Thomas Jane’s screen personas. I put them together and had some fun with the material. If audiences like Cusack and Jane they’ll enjoy seeing them spark off each other.

It’s a nod towards Midnight Run and other buddy comedies with regular injections of action. It has the stunt of the near miss as opposed to the Fast of the Furious destruction.

What was the budget?

The below the line budget was $2m, then there were stars’ fees and a number of producers. It was a low budget movie given the stature of the stars, which meant I had to shoot it in 18 ten-hour days. I had a tremendous Queensland crew that were really very good and we got a lot done.

The interesting restriction was that we had to make it the most exciting car chase movie we could without damaging any of the vehicles.

It was a challenge but I like challenges and have had a few – 42 crimes against cinema and counting so far. Sometimes you have a generous schedule and sometimes money can only pay for so many days and camera-hours. If you plan very sensibly you can make the most of every hour you have.

You work a lot at the low budget end of things. Is that where you’re most comfortable?

I wouldn’t say I’m comfortable, it’s rather like sleeping on a bed of nails, but if it’s the only bed you’ve got you make the best of it. Sometimes good things can happen.

There is a ten million dollar movie waiting in the wings, hopefully that’ll get financed and I’ll have more to play with.

Drive Hard is coming out on VOD and DVD and theatrical later. Are you thinking about the distribution channel when you’re in production or pre-production?

I always think about distribution. I come from an editorial background doing trailers, so I’ve always thought the sales side of the business is very important. You’re making a product you want people to buy so you must account for their tastes and expectations and tailor your resources and ideas accordingly.

When you’ve got two great actors who have improvisational ability you might as well plug into it. I rewrote the script for Australia from its original American setting and its original star Jean Claude Van Damme.

When he dropped out there was a window of availability for John Cusack, so if were able to quickly retool it for him and for Australia we could have him, so that’s what I did. We changed the tone and went through the script to make considerable changes to the characters that would work much better, things the Van Damme version didn’t have at all.

But with every project I always think of the intended audience and how I can make them happy.

So you’d be happier with more money and resources?

The more money you have there are more cooks in the kitchen but if the cooks like what you do it’s a collaborative exercise and that’s fine. When there’s conflict that can be a problem. I’ve had both experiences.

But obviously any film director wants more days. James Cameron wants more days. You can only generate so many images a day and the more you can have in the cutting room the more options and opportunities you have to make things better.

I tend to shot list my day and given the changing circumstances of the day you have to triage and make things smaller or, if you’re lucky, you get to do something more elaborate.

When you’re namechecked by the likes of Quentin Tarantino and the kinds of movies you made back in the day are so popular now, how come you’re not one of the biggest budget directors around?

Who wouldn’t want to have Tarantino’s stature and ability? He’s been gracious enough to appreciate my early work and I continue to appreciate his. I really get his sense of humour and his ability to tell entertaining stories through the prism of other movies.

Possibly I’m an odd duck and hard to categorise and this business likes to categorise people. I think I’m extremely efficient and efficiency tends to give you more opportunities to be efficient rather than a bigger canvas.

But after being a medium sized fish in a small pond I immediately became plankton when I came to LA [where the director now lives and works]. Now through my efficiency I might have become a small trout (I promise the aquatic metaphors will cease soon).

You’ve also been described as the Australian Roger Corman. Do you like that comparison?

I’m a great admirer of Roger. Another comment that’s among the few favourable ones I’ve received is I’m the David Lean of Ozploitation. I certainly try to make things as big as they possibly can be on the smallest possible resources.