Skip to content
January 2, 2013 in Penthouse See more stories from this title 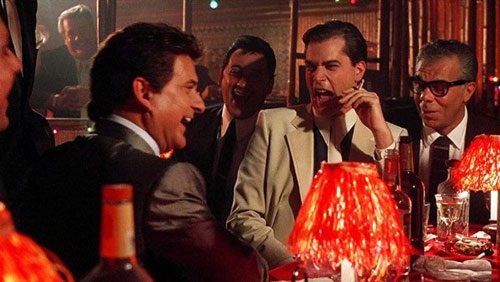 Some stumbled upon the truth, some dug it up, some had it thrust upon them. But whatever the circumstances or the horrible secret, the whistleblower has a long and proud history in the movies.

Was it bravery or desperation that causes mobster Henry Hill (Ray Liotta) to turn on his friends and become a federal informant? When he testifies against the crime family of Paul Cicero (Paul Sorvino), including best friend Jimmy Conway (Robert De Niro), he makes a lot of former very powerful friends very upset.

Why It Matters: Scorsese’s kinetic direction and the intimate bond between the characters make it easy to forget it tells the story of the biggest crime takedown in history by one man.

Endemic corruption dogged US city police forces in the 1970s, and it seemed only one man was disgusted instead of tempted by the spoils on offer. Idealistic academy graduate Frank Serpico (Al Pacino) was so unprepared for the graft and bribes around him he had no idea how high the decay reached. He blew the whistle at ever-higher rungs on the ladder and it almost cost him his life.

Why It Matters: At first Serpico just wants to ignore it, but what’s scariest is how a man who just wants to keep his head down becomes a target as the death stares from his colleagues follow him around the halls of his division.

The more prescient story behind cigarette company chemist Jeffrey Wigand (Russell Crowe) and 60 Minutes producer Lowell Bergman (Al Pacino) isn’t about a health crisis. It’s Bergman’s persistence in getting the truth out even with his own employer caught in a tangled web of cross-corporate conflict of interest with Big Tobacco.

Why It Matters: There’s just one scene dealing with the fear of physical threat, but Michael Mann still makes it a smart thrill ride, the corporate boardrooms of big media and multinationals tense battlegrounds with the profit motive and the pursuit of truth the weapons of choice.

At its heart, Oliver Stone’s JFK is a detective procedural. When DA Jim Garrison (Kevin Costner) knows something about the Kennedy assassination doesn’t fit, he recruits and subpoenas a perfect storm of personalities and conflicting agendas in his determination to build the case one scrap of detail at a time.

Why It Matters: Every minute of the three hour running time keeps you riveted. Like Garrison himself, Stone collected and dissected every scarp of information, character and detail and dressed them perfectly to make an effective cop drama, conspiracy thriller, actor’s showcase and period piece all at once.

Honourable mention: All The President’s Men (1976)

Reporter Kimberley (Jane Fonda) gets the story of her life when a nuclear plant floor manager (Jack Lemmon) locks himself in the control room to call attention to the dangers. He needs a voice to get the story out, making Kimberely the messenger.

Why It Matters: Barely weeks after release the Three Mile Island nuclear plant melted down, putting this film at the top of a zeitgeist-defining genre. The realistic unraveling of an impending disaster managed to convey all the tension of a chase thriller with a fraction of the sense of movement of other movies.