Skip to content
February 21, 2012 in PC User See more stories from this title 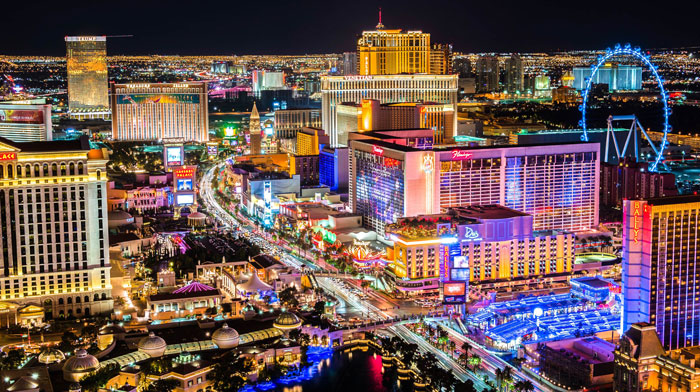 The crowds have gone home. All that’s left to do is sweep away the technological detritus that litters the Las Vegas Convention Centre and the Strip as bedraggled nerds, executives and software engineers stagger home after too much partying along with the exhausted strippers shielding their eyes from the desert-burnished sunlight.

CES is over again, and after ferrying a record 153,000 attendees throughout several convention halls and over a dozen major hotels, The Strip is a little quieter while news of the products you’re going to love in 2012 spread out across the virtual and real worlds.

Ironically it was a lesser CES as far as major product releases. Thought the word ‘revolutionary’ was bandied about like dollar bills in the strip clubs, there were few truly new product categories and no real superstar gadget that had the entire attendant body lined up to coo over and play with. But for what it’s worth, here are PC User’s picks of the best of CES

Take the accolade however you will, but LG’s scene stealing 55 inch TV won the Best of CES Award by CNet. Perhaps it had something to do with the marketing – the LG Booth was the most commanding presence at CES with multi-screen 3D presentation the size of a Superbowl Billboard and the 55-inch waiting below.

At less than 4mm thick and only about 8 kilograms it wins in the portability stakes hands down. The new de rigueur for TVs is a tiny bezel, so the picture goes almost to the edge of the body, giving the unit a contemporary feel. The picture quality was quite striking at the booth, and LG promise a contrast ratio of 100,000,000:1, 50 times what was possible before.

At a show known for the cool and sexy side of technology it’s a surprise to see how many products were dedicated to parenting. But the big winner in the sector and one that broke banks to win over the geek crowd was the Origami Power Stroller. There’s a dial and button module you twist and press and the stroller magically collapses and folds itself for easy stowing.

The developers have also included a bevy of add-ons that went even further to impress the throngs. Running lights illuminate your path in low light conditions, there’s plenty of storage space and cables charge your devices while you push baby around and even generators attached to the wheels that produce the power to keep it all going.

The original Parrot quadcopter wowed us in 2010, and it was the sort of completely new thing you expect from CES, combining augmented reality and remote controlled flight. Ordinarily it wouldn’t get a mention again but for one reason – now they’ve got it right. While it looked great in videos on the Parrot website, the original was nearly impossible to control outdoors in any kind of breeze.

The new Drone’s accelerometer, gyroscope and magnetometer now operate through three axes each, and a pressure sensor adds to the orientation of the craft in relation to your handheld as you pilot it. At the Parrot Booth, a computer-controlled flight had two Drones virtually dancing as they rose, dropped, flipped and more.

There were a bunch of phones and a bunch of tablets this year as there have been for the last few years, but this is the first device we’ve seen that bridged the gap. Based somewhat on the successful Galaxy Tab – still the only worthwhile challenger to the iPad – the Galaxy Note hits a sweet spot. The 5.3-inch screen is big enough to be comfortable as a data device and small enough to fit in your pocket like any phone.

It runs Android and has all the specs you’d expect from a device in its class – 1.4GHz Dual Core Processor, an AMOLED screen, 1080p HD Video, 16GB of memory, and an eight megapixel camera – and it’s sure to polarise users into love or hate camps.

This is another device we’ve seen before, but with a more solid philosophy behind it. The Karotz has the body of the failed Nazbatag, which was originally supposed to deliver Internet radio and other services to a cute plastic rabbit-shaped speaker rather than a PC.

Now it can read out emails and updates, set up online chats with friends or select and play a song from your playlist, all controlled by voice and delivered through the onboard camera, microphone and speaker. The reason we think it’s a big deal is because it’s a barely-recognised first step in the road of delivering data without a computerised device (PC, tablet, phone, etc) of any sort at all.

Razer makes some of the coolest gaming laptops, systems and peripherals around so they know their stuff. Somewhere along the line they wondered if a PC might not be the best way to play PC games – especially when so many games can take advantage of the capabilities in other form factors, such as accelerometers in tablets.

Razer wouldn’t say which OS any shipping model would have, but the handles you use to grip it have joystick controls and buttons and it comes with a full suite of orientation controls. The prototype had an i7 processor so any final version will have the grunt under the hood it needs to play the hungriest games, but who knows when we’ll see one?

Swedish developer FXI Technologies had an epiphany that everything you need to run a computer can be put into a very small package, leaving you only to provide the screen and input devices like a keyboard that we all have easy access to.

Looking like a simple USB key, the Cotton Candy isn’t one of those devices that boots into a personal environment using the host PC’s components. The computer is literally on the device, from your data and applications to the (admittedly low-powered) memory, processor and drivers. FXI says it will help facilitate the adoption of what it calls smart screens, and we think it’s the first droplet in what will one day be a wide ocean.

This seemingly magical digital camera was making waves even before CES, and it proved a big hit. Doing away with all the control necessary to set up a shot, the boxlike body has only an on/off switch and a shutter release button. The reason is because it captures every point of light traveling in every direction.

So what, you ask? It means you can focus on any or all points or depths in the frame that you desire, whether the foreground, far background or the whole scene. But even that’s not the real kicker – bring the digital file into the software and you can keep changing the focus depth after you’ve taken the picture.

There was a lot at the show to do with both smart and green homes, and the best example of the crossroads between them was this very clever temperature control system. Install it and the computer takes a week to keep track of your preferences – when you like it warm, cool and in between.

After that it takes over, automatically setting the climate control in your home according to what it knows about how warm or cool you like it and when. It has an intuitive interface that lets you know when you’re saving power and you can control it remotely from the app that looks the same as the device on the wall.

Ultrabooks were the killer app of CES this year, with Intel’s nickname for the new form factor appearing in at least 30 models (with 75 in the pipeline). Manufacturers are betting big that the ultra-thin, ultra-light new notebook product class will claw some market share back from tablets and revive flagging PC sales, and the Lenovo Yoga was at least the most flexible we saw.

It looked like most other ultrabooks on offer, but when you open the unit the screen folds upwards as normal… and then keeps going, folding all the way around so the device is essentially inside out and forms a true tablet. The recessed keyboard means it’s safe to put down without interfering with input too.