Skip to content
April 15, 2010 in Xpress See more stories from this title 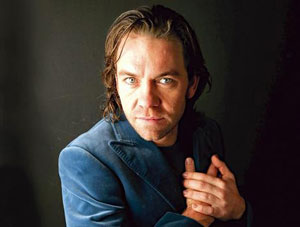 We hear it every time there’s a bushfire, flood, drought or any of the other threats that face us in this wide brown land, but as actor Brendan Cowell puts it; ‘Australians are pretty amazing people when they’re under pressure’. The 33 year old actor’s talking about the character he portrays in one of two high profile movies for him in 2010, Captain Oliver Woodward.

Woodward is the lynchpin of Beneath Hill 60, the true story of a corps of civilian engineers sent to the deadlocked European front in World War 1. Their job was to tunnel underneath enemy lines to plant explosives, and Cowell plays the Queensland miner given the task.

The men who carried out the 1916 mission faced shortages of time and provisions as well as water pouring into the tunnels from the never-ending rain that lashed the Belgian battlefields. They talked tactics in dugouts with dirt raining from the ceiling after every mortar impact outside, tried to write to loved ones thousands of kilometers (and months by ship) away and slept in muddy holes.

Cowell thinks the same spirit to muck in and get the job done that’s such a strong part of our national heritage helped get the film made too. “It was really difficult because if we were indoors we were crouched down in tunnels about four foot high. If we were outside, we basically had mud and rain pelting down on us the whole time. So there wasn’t really anywhere to escape, it was all pretty oppressive. But the crew was in, the director was in, the ADs, makeup artists, everyone was in, everyone was muddy and that’s what film making is all about.”

Of course, Cowell and his workmates had a few luxuries. Even though he calls the shoot ‘brutal’, he’s quick to point out the Germans over the hill weren’t shooting at them for real, and they had a trailer with a French chef and a hotel near the beach not far from the Townsville-based shoot. But did shooting such a sombre subject add to their misery?

“I think their sense of humour and their ingenuity is what kept them alive,” Cowell says. “So I guess that’s what we were doing as well, just keeping each other buoyed and above the water and sane. Any moment you have that’s free of tragedy, pain and death, you’ll take it. We were kind of doing the same thing.”

Beneath Hill 60 is directed by director and actor Jeremy Sims, a name many know from TV shows ranging from Stingers and Farscape to Home and Away. He directed 2006’s tense character piece Last Train to Freo, but this is his first time on an expansive set with pyrotechnics, action and the other trappings of a war film. Even Cowell says he was amazed he was the lead in a movie — as a film made by erstwhile beginners, how did the shoot hold up?

“I know this is an old adage but it’s bloody true,” Cowell says, “actors that become directors care about performances. And even though he probably had ten thousand dollars worth of explosions going off in the background his priority was always looking at us and going ‘You happy? Let’s work harder, I want to hear the words’. He was always prioritising the performances in an epic movie and that’s pretty nice for us.”