Skip to content
March 1, 2007 in Books & Publishing See more stories from this title 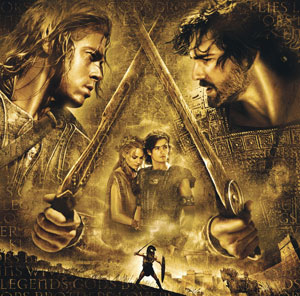 Hot on the heels of a resurgence in military books comes the most comprehensive record of battles yet. Drew Turney asks why we can’t get enough of war!

You’d think the Bush/Blair/Howard years of demanding world stability at the end of a gun — and failing dismally to achieve it — would have made us all sick of reading about mankind’s blood soaked history.

“Funnily enough, it seems to be the opposite,” says Tony Jacques, author of The Dictionary of Battles and Sieges (University of Melbourne Press). “I find when a country’s at war people get more interested, saying ‘there’s a war in Iraq, what happened there in the past?’

“Most people don’t realise there was an eight-year war between Iraq and Iran before the Gulf War, yet there’s nothing in any bookshop on that subject. That’s helped by an understanding of history.”

It’s with such dedication to history The Dictionary of Battles and Sieges was compiled, although Jacques’ policy of ‘inclusiveness’ almost tripped him up several times, and he cites the Internet as something to be equally careful of as grateful for. One record of a commander he hadn’t come across during previous research led to a new battle that almost made it into the manuscript. It was only after further digging Jacques discovered the whole scenario was the product of a war strategy gaming website that was mistaken for historical fact somewhere.

“There’s a lot of inaccurate stuff,” he explains, “but it was amazing how willing people are to help. In America there was a dispute about the exact date of a Native American war. I sent an email to the headmistress of the local school to see if she could help and she drove off to the battle site, photographed the historical plaque by the side of the road with the names on it and emailed me the photograph.”

So while the 11-year writing process and a year of checking and reviewing might have been even longer — if possible at all — without the communication tools at the disposal of the modern author, The Dictionary of Battles and Sieges was the product of a drive as old as the hills; Jacques’ need to tell the story.

“When I was started looking at [the project], the preface of one dictionary of battles said the book had been selective in its choice of conflicts because it was impossible to fit all battles of all geographies into one volume. That inspired me to say ‘Well, I don’t know about that’ and I literally started there and then. I just didn’t realise what I’d taken on or how big it would be. The next biggest volume has about 2,500-3,000 battles in it and The Dictionary of Battles and Sieges has 8,500.”

So putting such an authoritative work together was no small feat, but as Tony Jacques seems to instinctively understand, the preservation of human heritage should never be skimmed over or taken lightly.