Skip to content
September 6, 2020 in Film Stories See more stories from this title 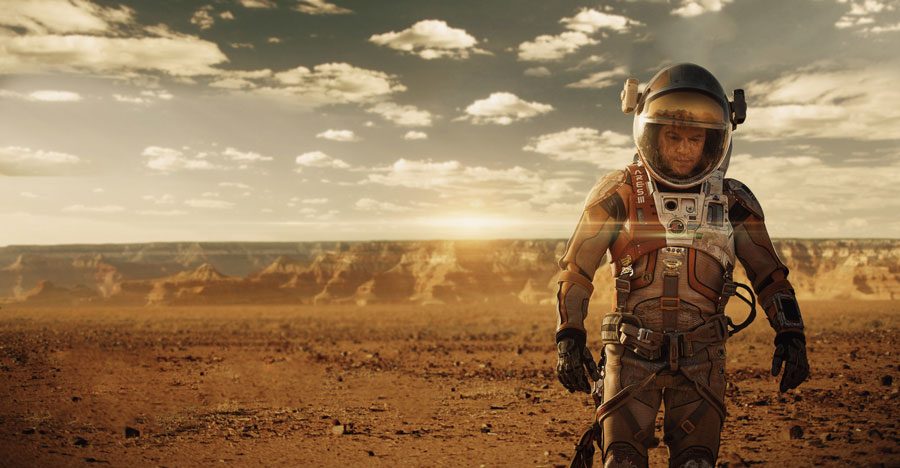 Hollywood wants to buy your book or article? Congratulations! Drew Turney finds out what happens next.

“I was as lucky as a writer can possibly get.” That’s programmer and author Andy Weir, whose novel The Martian was adapted by director Ridley Scott for the 2015 hit of the same name. “They chose to involve me – they didn’t have to. It actually got made – most don’t. It got made within a year of the option – many projects stay in development hell for 10 ten years or more. It was very true to the book – most aren’t. And of course, it was a huge box office success. I couldn’t have asked for a better outcome.”

Writers in Hollywood are famously not used to good outcomes, which is kind of unfair – movies about interesting people doing amazing things do exist despite the industry’s endless sequelising and retelling of ideas that weren’t that great to start with. But you’d be surprised how often they come from real life, reported by a journalist or author.

The mechanism for movie studios and producers to make movies based on thosre works is quite simply to buy the rights – ownership of the content is ascribed by law to the writer, after all.

An interested party starts by paying for an option, essentially a payment to the author not to offer the rights to their work to anyone else), then a purchase if/when they’re ready to go ahead.

The typical option period is 12-18 months in most of the world, and if the option holder hasn’t pulled the trigger on a production by then by starting a script or committing to a shoot date, they have to renew the option and pay the writer again. If they do commit, they then pay the purchase price.

Simple enough? Unfortunately the nuances of how that’s all undertaken, negotiated and agreed upon are as varied as the stories being adapted. Welcome to the roller coaster of Hollywood buying your story.

After gaining a following for his novel, originally published as a free serial on his website, it went pretty smoothly for Weir. “I got an email asking about the film rights from a rep at Fox,” he tells Film Stories. “I passed it to my literary agent and he in turn put me in touch with a film agent. We got offers from other studios but only Fox had serious interest in it, so their offer was much better. The film agent negotiated the deal and that’s the one we took.”

Bestselling Australian action/adventure/sci-fi author Matthew Reilly already had a following, having broken out with his self published 1997 novel Contest, which was picked up by the same publisher he’s been with ever since.

Reilly’s literary agents sent his sci-fi tale Hover Car Racer (2004) to some film producers they knew would be looking for something like it. That creative team convinced Disney to option the book and Reilly had a tentative film deal – all before the novel was even released in book form.

Unlike Weir, Reilly did have interactions with the team who optioned it, perhaps befitting his clout as an already-bestselling author. “I do like to meet the producers beforehand – you want to get an idea of their enthusiasm for the book and if they’ll be true to it,” he says.

Lawson went to meet Packouz in Miami and actually found him to be a smart young man out of his depth, and he had an incredible story about he and Diveroli making millions as small time arms dealers until a shady purchase involving Chinese bullets and Albanian gangsters bought them undone. That Rolling Stone Magazine story became the 2016 film War Dogs.

“The day the article came out the phone calls started,” Lawson says, traveling from his home in New York to LA (out of his own pocket, advised by his agent so he didn’t feel beholden to anyone) to meet with HBO, Warner Bros, George Clooney’s company, Brad Pitt’s company, uber-producers Peter Chernin, Brian Grazer and many others.

But one meeting was with producers working with director Todd Phillips, still very hot after the billion dollar Hangover franchise. “There’s only way to get [work made into a movie],” Lawson says, “and that’s for someone with real say – a producer, actor or director to give the film impetus. That’s what happened with Todd.”

Art of the deal

In case it’s not clear yet, an agent – and a good one at that – is crucial. Especially because Lawson says one of the most critical parts of the negotiation (money) never comes up between the writer and creatives. It’s all up to the agent to talk turkey.

That just leaves you to try and process a Hollywood bigwig liking your story enough to want to buy the rights. “In the beginning it’s like the prettiest girl you’ve ever met saying ‘let’s go to dinner’,” Lawson says. “You’re just staring at her and not really thinking about anything else.”

Reilly talks about being flown to Hollywood and getting box seats at an LA Lakers game courtesy of a big agency trying to sign him – a company with whom he had a fruitful 12 year relationship. But; “Hollywood does it all the time, it’s their m.o.,” he cautions. “It’s a business, they’re not your friends. If you stop making them money you’re history.”

Then there are the murky market politics sometimes involved. If you’ve been offered an option, it doesn’t mean some studio is desperate to make you rich and famous. It’s actually a common and accepted practice to buy the option on a book or article that competes with a project already in development simply so nobody else can make it and beat you to market.

But a jolt to your bank balance is nice either way. “If they don’t buy the rights within the option period they devolve back to you and you keep the option money,” says Weir.

So with the deal done, how tightly do you hold on? It’s your baby they’re remoulding, after all. Actually it’s worth remembering the movie adaptation isn’t yours – creative authorship belongs to others.

Plus, Weir says there’s almost no legal expectation the writer will be involved. “Contractually it boils down to ‘we’ll give you a bunch of money and you get to attend the premiere’. That’s literally it.”

But he had a charmed time on The Martian because the production chose to involve him. “It was pretty cool – they weren’t required to listen to anything I had to say but they sent me the screenplay to get my opinion and kept me updated on the production.”

Lawson experienced what he calls an ‘inverse relationship between the level of talent and confidence and the amount of input they want from the writer’, meaning that a a confident producer or director will listen to input because they know good ideas from elsewhere don’t compromise their authorship but happily ignore it if it doesn’t work for them. It’s the insecure ones who think you’re muscling in and rail against your offering to do so.

But it’s a very political business, so tread lightly. He adds that screenwriters can be very sensitive about territory because theirs is such a cutthroat business.

It was also a lesson he learned over time. In War Dogs, he really wanted to convince the screenwriters about the journalistic aspects of the story, and at some point he realised he was pushing himself onto people who had a different job to do – they weren’t making a documentary.

Still, if you’re JK Rowling or Stephen King, surely that buys you all the influence you want? Author EL James’ iron grip over every aspect of the adaptation of her hit 2011 novel Fifty Shades of Grey was industry legend, and that would all have been imposed by her agents during negotiations, concessions the studio were only too happy to meet in return for a movie they knew would make a truckload.

But Reilly warns studios and producers only tolerate it because they have to. “Movie people don’t like authors who want control. Take their money, step away, and hope they make a good movie.”

So to the big question; is it good money? Million dollar deals routinely make headlines, but there are plenty of stories of indie or low budget producers procuring options for a beer or handshake simply because they love the story and the writer feels good about their intent.

As a reporter an option (and hopeful purchase) will augment your salary. If you’re an author it won’t only be a nice payday in itself, the hopeful popularity of the movie can boost your book’s sales considerably.

Weir says a lot of authors make good money by cycling options – some authors have 20 books optioned at studios who haven’t got around to making them. Lawson says he has six or eight in active development since War Dogs. What’s more, you can renegotiate the option price for every renewal period.

Even though options over popular works are usually in the low tens of thousands, Weir says there are writers around getting ‘hundreds of thousands’ of dollars every year for movies that will never be made. Lawson says options have become a ‘significant’ part of his income compared to his assignments as a journalist.

When all’s said and done, there’s tons of guidance online from lawyers and other writers about how best to approach and complete options and purchases, but perhaps the most illuminating advice comes from Guy Lawson and what he realised after War Dogs was in the midst of being released.

“My biggest mistake was I didn’t enjoy it enough as it went along,” he says. “I was so caught up in the process, trying to influence the screenwriter, booking plane tickets for his family to go to the premiere and organising the whole thing. You lose track of the fact that you’re involved in something that has a chance to make a bigger impact on the world than you ever imagined. You just need to practice a little gratitude, a little humility.”

If you don’t have an agent it doesn’t matter if you’re written The Bible – nobody in Hollywood will touch you. But how do you get one? Unfortunately if the answer was as simple as the question, everybody would be doing it.

If you write for a renowned publication or have a hit book under your belt, it opens a lot of doors and people will already know about you – especially if you already have a literary agent.

And sometimes movie options are about nothing more than securing a popular name to trade on, like the 1984 non fiction book What to Expect When You’re Expecting or the self actualisation/cooking blog that became Julie and Julia (2009).

Some of the most famous stories from tinseltown actually had their genesis in articles and books.