Skip to content
March 1, 2009 in Books & Publishing See more stories from this title 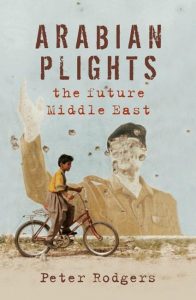 Regarding your assertion in Arabian Plights that the Israel/Palestine problem is the gridlock to Middle Eastern stability – in your opinion, do you think the fault lies more with one side or the other, or supporters thereof?

The main ‘culprit’ is history, the Israeli/Palestinian conflict being one of the 20th century’s great hangovers. Both Israelis and Palestinians have been victims and both have committed terrible deeds. There’s little point keeping a scorecard; it just makes the debate even more futile. Palestinians justify their violence by what’s been done to them; Israelis do the same and justify their colonisation of Palestinian territory by the need to protect Israel’s security. Without a resolution, the Palestinians won’t have a state, Israel can’t be ‘normal’, and Arab rulers will have the ideal ‘excuse’ for their own shortcomings. It’s not just a regional gridlock, it’s an international one in which there are many actors. The conflict affects us all in some way.

If Israel is to all intents and purposes a client state of the US, doesn’t that mean any further encroachments they make onto Palestinian land must come with the blessing of the US, and that any ‘slaps on the wrist’ are token?

The Israeli-American relationship is a good deal more complex than the notion of a Jewish nation as a client state of the US. At the height of the Cold War, with key Arab states vulnerable to Soviet influence, there was obvious appeal for America in seeing Israel as a US ‘aircraft carrier’ on a mostly Soviet sea. The world has changed a lot since then. The largest Arab state, Egypt, has been at peace with Israel for 30 years. It might be a ‘cold peace’ but it’s held. Jordan, strategically important despite its small size, signed a peace treaty with Israel in the mid-1990s. Israel is the Middle East’s mini-superpower; among the world’s top five arms exporters. It does not act robotically at the behest of the US. Israel will not collapse if its government is forced to dismantle Jewish settlements in the West Bank and also the Golan Heights (captured from Syria in 1967).

US administrations know the damage Israeli settlements pose. They could place much more pressure on Israel over settlements but lack the political courage to do so. When it comes to Israel and Palestine, this will be the test of the Obama administration. The challenge is to deal with Israel for what it is – a nuclear-armed regional superpower, not a fragile mini-state.

If the economy continues to crumble and America once again adopts an isolationist position in world affairs, where do you think that will that lead the Arabic world?

No matter what other factors drive America’s involvement, or lack of involvement, in world affairs, the reality is that America’s need for Middle Eastern oil will grow, not decline, in the coming decades. America simply cannot afford to turn its back on the oil-rich Arab Gulf states, especially Saudi Arabia. America needs their oil. They need American ‘protection’, especially if Iran goes down the nuclear weapons path, which seems inevitable.

A lynch-pin of US involvement since the late 1970s has been massive assistance to Israel and Egypt, much of it military. Egypt’s political and economic future is wobbly but from an American perspective it’s vital to keep Egypt in the peace camp. The US’s current Middle East problems will look insignificant compared to what might happen if it turns its back on the region. The US needs to be smarter, not more distant. The Obama administration will need to act quickly, courageously, and decisively.

Can you see a future where the Arab states supplant the US as the sole superpower if Western economies decline to a serious enough degree?

Whoever might supplant the US as the world’s superpower will not come from the Arab world, which faces great problems. The pressure for food, water, education, and jobs – all driven by huge population growth – plus the big-picture issues of global warming and national and regional security, are the stuff of nightmares. Osama bin Laden’s attacks on America made him popular on the Arab street. But it was an admiration born of despair. Israel’s regional muscle aside, there are no budding superpowers in the Middle East.

Did you set out to write a book of facts or did the facts shape your opinions, and then drive you to write it?

I have been closely involved with the Middle East for much of the past two decades. The future Middle East is likely to have an even greater impact on the world in the next 50 years than it’s had in the past 50. That should focus everyone’s minds. In Arabian Plights, I’ve tried to explore the critical issues in such a way as to engage both experts on the region as well as more general readers.