Skip to content
July 4, 2013 in Moviehole See more stories from this title 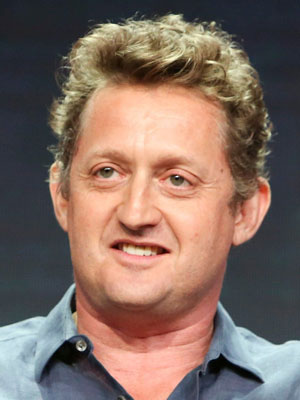 Mention the name Alex Winter to most people and they’ll smile and say ‘bogus’. As half of the original stoner comedy duo, Winter played a role that would grow bigger than anything else he’s created, so it’s a surprise to learn he got into the business to be a director.

But is he complaining about the fame thanks to his part in the time-travelling duo and as one of Kiefer Sutherland’s gang minions in equally quotable The Lost Boys?

Hardly – as the now 47-year-old explains, parts like them gave him a toehold that’s led him to this point as a director and given us the education and informative Downloaded. One of the darlings of 2013 SXSW, Winter’s documentary tells the story of the titanic rise of online music through the prism of file-sharing service Napster and proves the old adage about how hard you fall the bigger you are…

What got you interested in the story of Napster?

I was a big Napster user. I was into the internet in the early days of bulletin boards in the early 90s. I was really interested in the global community that was beginning to show up in a very cumbersome, slow, unstable manner.

Napster, even in the age of dial-up when the net was still really slow, was an overnight change in the way we behaved online. It was a global community that your average person could use that was very fast. It connected you with people and allowed you to chat and share music with people all over the world. It was the beginning of the democratisation of culture and things never really went back from there.

It’s sort of ancient history as far as technology goes. Why wait this long to tell the story?

I tried to make it as a narrative back between 2002-2004 and it was just too early. People didn’t really understand that the world has changed so radically since Naptser showed up. There were times even now when I worried the movie was still too soon. These revolutions happened so quickly and changed our lives so much we still can’t really see the forest for the trees. So I felt like now is a really good time to try and provide some context for how we got here as we try to move through and navigate these extremely contentious and difficult times.

A fictional narrative could have been great.

Yeah, I sold it to a major studio and it didn’t get made so I put it away. I went onto other stuff but then a few years later when there was so much going on culturally and politically involving global transparency, internet rights, freedom of culture, I felt like rather than make a narrative which isn’t going to really be able to mine any of these issues, why don’t I just make it a doc which will be all about mining them?

How much work did it take to collect all these famous faces that you had to comment?

I spent so much time researching my narrative that I became friendly with pretty much all the major players. So once I decided to make it a doc, there really wasn’t much to it other than calling up all these people whose numbers I had and just say ‘are you in?’ And everyone was. Considering how hard it had been to get it made as a narrative, once I sold it as a doc I was shooting a week later.

The challenges were really in extracting all the stuff I wanted from a very fascinating and brilliant group of people. That wasn’t easy by any stretch.

Because Naptser occupied such a specific period of technology history, did you ever have the desire to tell the more expanded story about iTunes, Spotify, Pandora and everything Napster has evolved into?

I don’t think so. I think that’s a mini-series at best. The world has changed so much over the last 14 years that every one of those things deserves its own story. There’s an amazing movie in the iTunes story. Steve Jobs was such a genius and was able to turn this whole boat around and get us moving on the digital future. That’s an unbelievable achievement so that’s it’s own story.

Digital technology like Napster also led to a democratisation in the movie industry. Because we have so many more platforms to get content out there, is it a better time to be a filmmaker than ever before?

It’s always hard. It’s a good time on a certain level, but I’d say this is a terrible time for independent cinema, just to take that example. You know, you look at the article Spielberg and Lucas recently came out with [about the film industry being on an implosion course], Soderbergh gave a speech in San Francisco on the death of cinema. So I wouldn’t be so cavalier as to say it’s a great time for everybody but I think that there’s a lot of opportunity. But it’s a very painful time of transition, and that’s what the Napster movie was about too.

Was it always your plan to be a director as well as an actor?

My plan was to be a director period. I was a child actor and even then all I really wanted to do was write and direct. I saved up money from acting on Broadway and went to NYU Film School. When I came out of school I got some acting jobs which kind of blew up which was great. I thoroughly enjoy acting, I love it, I’d never stop acting completely. But my primary focus my whole life has been writing and directing.

For that reason can it be a little frustrating that you’re best known for stuff like The Lost Boys and Bill and Ted?

People fight their whole lives to end up in hit movies. I’d have to be a huge asshole to say I felt bad about having the fortune to be in two movies that have stood the test of time like those have. I always wanted to be in this industry. I’m just happy that I had the fortune to have some of the jobs I’ve had.

Next up for you is a remake of 80s horror film The Gate, so you’re not leaving fiction behind. Do you have a preference between fictional narrative films and docsumentaries?

I have a lot of projects on the boil. I’m working on two TV shows. The producer of The Gate is trying to get that financed, hopefully we’ll do that at some point. I’m building another documentary that I’m pretty busy with right now which I’ll shoot as soon as somebody lets me.

So I’m really working on all these different areas. I continually shoot TV commercials, that’s what I do a lot of all the time. So I’m ferociously busy but I won’t be surprised if I end up in episodic TV, simply because there’s so much great stuff going on there now for storytelling. So a lot of my writing focus is in episodic television at the moment. I absolutely haven’t left narrative behind.

How about a preference between TV and cinema?

I used to. I was a total elitist film snob as a kid and hated TV. I’m not that way any more, I’ve been directing TV commercials for over 20 years and I love television. Some of the best storytelling going right now is on TV.

For me it’s really about the quality of being allowed to do what I can do with my work. I really don’t care about the platform. We’ve lived through the Marshall McLuhan era and the medium is really not the message at all anymore.

I don’t think we live in a multi-platform world anymore. I think we live in a sort of one platform that takes many different forms. But all I really care about is good storytelling. I’m not really a fetishist. I’m happier watching a great story on a small screen than a shitty story on a big screen, put it that way.

We all had the right to be film snobs in the 90s because TV was pretty terrible. What changed?

The rise of the tent pole movie, where people were making so much money on the one film, moved a lot of the powers that be away from making more niche, dramatic fare. A lot of people that wanted to tell stories went to television. The Sopranos, Hill Street Blues – there were a lot of things that led us there. Suddenly we were just having really great stories on TV.

Any recent news about Bill and Ted 3?

I don’t have any new news now but I promise I’ll post it online as soon as I have some. Right now I’m been so busy with Downloaded, it hasn’t been my focus.