Skip to content
September 17, 2012 in The Sun Herald See more stories from this title 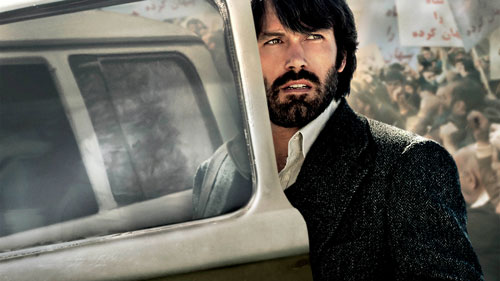 Oscar-winning actor, writer and director Ben Affleck has had more than his share of ups and downs at the hands of critics, the box office, the press and paparazzi, but in recent years he’s been settling into a role he really loves – fatherhood. “Having children is definitely one of those things where there’s a before and after,” says the 40-year-old, who’s found his life transformed all over again by son Samuel, born in February this year.

Brother to six-year-old Violet and three-year-old Seraphina, Samuel is the latest source of joy and wisdom for the actor and his wife, Jennifer Garner, particularly as Affleck consolidates his growing reputation as a film director.

“For me, part of what’s changed is this idea of using storytelling to communicate with your children about the work that you do that keeps you away from them,” he says. It’s an idea that has parallels with his new movie Argo, about the 1979 Iran hostage crisis, in which his character’s son wonders about his father’s long absences from his life.

Affleck’s kids have benefited from the lessons he painfully learnt about being protective of his private life. After his very high-profile romance and split from Jennifer Lopez in 2004, Affleck was forthright about what destroyed not only the relationship but, for a while, his job. “I was no longer in control of my life,” he said at the time. “I thought I wanted certain things, but I didn’t. I got lost. I felt suffocated, miserable and gross. I should never have gone down that route or got sucked into all the publicity. Too many people weren’t getting past what they read about me. That was damaging. I can tell from experience it’s bad for you, and bad for your career.”

He wouldn’t make the same mistake twice, keeping his relationship with Garner so secret that few knew they were even an item when they got married in June 2005 (“I’ve finally learnt how to say, ‘No comment,’ he said). An even bigger surprise was that Garner was already pregnant with Violet.

Affleck says he is a hands-on dad. His family was fractured by his mechanic, bartender and janitor father’s alcoholism when Affleck was just 12, and he seems determined to be everything to his children that his own dad wasn’t – he’s often spotted taking a clearly excited Violet and Seraphina to flea markets or activities.

He’s making plenty of attempts to be a good example to his children, including founding the Eastern Congo Initiative, a non-profit organisation that helps local groups rebuild the war-torn country. “I felt like I’d been very fortunate,” he told People magazine, “and I wanted to do something more with my life than just make movies and try to make money. I wanted to do something that was important to me in other ways and would serve as an example to my kids.”

The challenge facing Affleck now is the demands of Hollywood, which cares less about work/life balance than about box-office return. After his first two critically acclaimed features as director, Gone Baby Gone and The Town, Argo should make him in even more demand. Thankfully, he says, Garner has things under control. “My wife is really amazing and very accommodating. She makes sure the family works right when I’m this busy. She understands my job and when I’m working she does what she needs to do to keep the family together as a unit.”

At least Affleck can feel good about the work that’s keeping him from his kids. It was Violet’s 2005 arrival that got him thinking about his legacy. “I was doing one movie after another, and I was chasing my tail a little bit,” he says. “Some movies didn’t work at all and I got into this tabloid glare in a really, really bad way. I thought, ‘Let me just get out of this. Whatever I want to do can’t be worse than this professionally.’ I changed the focus of my life around the time I got married. I credit Jennifer with all the good things in my life.”

It’s very clear the actor thinks he’s landed a catch in Garner, also 40. “There are two things for a marriage to be good for a man. One is to work hard on your marriage. The other one is to marry above you. And I succeeded at both of those.”

Another positive in Affleck’s family life is the recent move to LA of his best friend, collaborator and fellow Oscar winner, Matt Damon. Damon had resisted moving to California from the US east coast (both grew up in Boston), but Affleck’s excitement at having his best friend close by again after so long is palpable. “I’ve been hounding him and hounding him to live here so our kids can know each other and go to the same schools and hang out the way we did,” Affleck says, “and finally he caved.”

Since Damon, his wife Luciana and daughters Alexia (Luciana’s daughter from a previous relationship), Isabella, Gia and Stella have moved to LA, the pair have been as inseparable as ever. “Maybe Matt sacrificed all his principles, but that’s much less important to me than having him across the street,” he laughs. “It’s like we’re regressing to high school but it’s really fun and their kids are over all day.

“When we grew up we were about three blocks apart and we don’t live much further apart than that now. It’s cool, especially because for years we were both so busy and for a long time we never got to see each other except on vacation.”

With his best friend down the street, his beautiful actress wife, three kids who adore him and a serious career that befits a man of his talents, things might have come together for Ben Affleck after all this time.