Skip to content
December 6, 2019 in Variety See more stories from this title 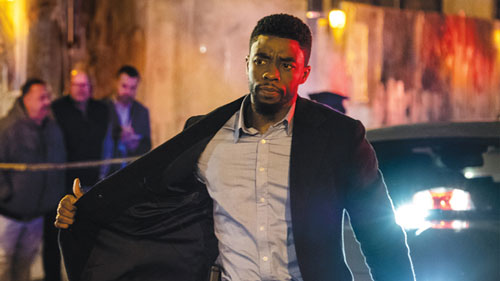 In director Brian Kirk’s 21 Bridges, Chadwick Boseman plays a very different kind of hero than T’Challa in Black Panther. He’s an intense New York cop tracking a pair of killers throughout the city one fateful night, trying to box them in by closing the titular connections between Manhattan and the mainland.

Along with Kirk, one of the touchstones cinematographer Paul Cameron (Man on Fire, Collateral, Pirates of the Caribbean: Dead Men Tell No Tales) had in mind was the Sidney Lumet/Alan J. Pakula school of New York film. But the most surprising thing that came out of their scouting was that Cameron thinks locations in Philadelphia are soon going to look more like New York than New York does.

“It doubles very well for New York,” says Cameron, who’s midway through his new project, Lisa Joy’s Reminiscence. “We’re on the cusp of [New York’s] urban landscape changing. They’re taking all the sodium and metal-halide lights out and putting in white LEDs. So those older-style, interesting color temperatures are going away.”