Skip to content
April 28, 2015 in Mental Floss See more stories from this title 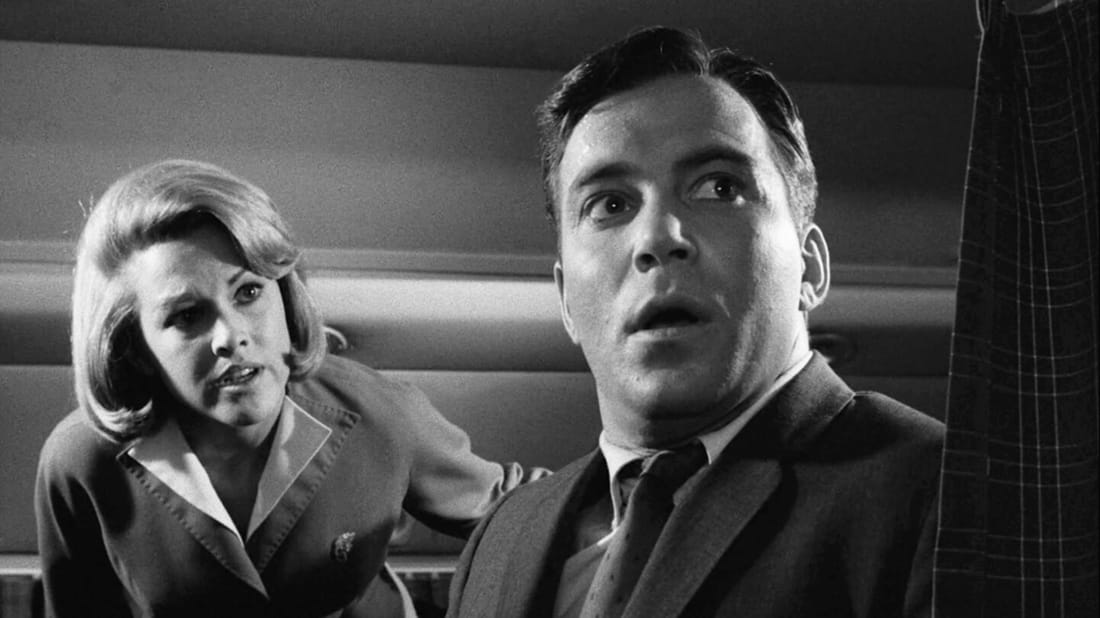 Rod Serling’s groundbreaking anthology series The Twilight Zone introduced some enduring science-fiction themes and one of the most iconic title sequences in TV history – not to mention a slew of famous guest stars.

A fresh-faced, soon-to-be Captain James T. Kirk stars in one of the classic episodes of the series, 1963’s Nightmare at 20,000 Feet, as an unhinged airline passenger trying to convince everyone else that a monster is destroying the plane (an episode that was remade with John Lithgow for Twilight Zone: The Movie).

“The particular script by Dick Matheson was really inventive and very much a one-man show, really,” Shatner told Entertainment Weekly earlier this year. “This young actor was pleased with that, to get all that attention and screen-time … [The episode] touches another universal in the human psyche, and that is the fear of flying. Buried somewhere in all of us when the going gets rough up there is: If God meant us to fly, we’d have wings. Why are we up here? … That’s the only explanation I can come up with that makes that particular episode as popular as it is.”

Just as creepy is his role as a newlywed who comes undone by superstition, thanks to a fortune-telling machine in a small town diner in the 1960 episode Nick of Time.

Click here to read the ret of this story.