Skip to content
January 17, 2006 in The West Australian See more stories from this title 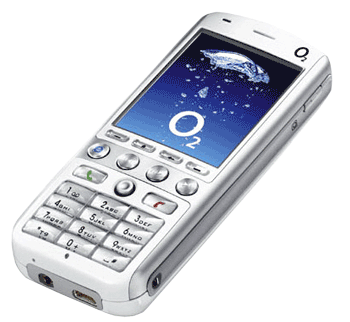 Will it be a good or a bad thing when all the technology in our lives behaves the same? Microsoft is the embodiment of that question in the world of computers and — increasingly — other gadgets as well. Ours is a post-technology world, one where computer technology in itself doesn’t seem like science fiction any more and doesn’t impress us like it did in the age of the dawn of the PC.

So one thing even the least savvy technology watcher knows is that every machine, device or method in our lives that’s driven by a computer needs an operating system. It used to be that your computer had Mac OS or Windows, Linux if you were that hardcore. Now, every DVD player, email client, mobile phone and everything in between needs an operating system too. And as we’re now seeing in the DVD world, sorting out who owns those standards can spark a war that reaches to the farthest reaches of global commerce.

Of course, the de facto standard for most computerised machines in our lives is Windows. As other machines become more computerised they’ll need operating systems and interfaces too, and it’s up to us as consumers to decide if we want to learn a new interface for each device or if one system is enough for every kind of data we need, whether it’s in gaming, mobile telephony or video playback.

The Xphone IIM uses Windows as its operating system, which makes sense from a usability point of view because it’s a system you already know, making the transition from a computer to another device easy. Despite your political views on Microsoft, having every machine you owned run on Windows OS would make life easier simply because you’d be avoiding the same old learning curve every time you took something new out of the box.

When you attached the Xphone IIM to your computer, the software to transfer data opens up, and need only click a single button to update everything to the phone, including all your emails, contacts and calendar data.

There are arguments from the manufacturer (O2) about it being a mobile office but they’re pretty unfounded. Without somehow connecting a keyboard (or having one in the OS you tap with the stylus like a PDA would), few of us have the patience or the dextrous digits to answer email on the road.

But O2 are pushing it more as a mini entertainment unit. It comes inbuilt with the mobile version of the Windows Media Player, and it’s easier to use as a media device than most phones as it features a row of media controls (including Play/Pause, FF and RW buttons) just above the numeric keys. It’s an upside if you spend a lot of time watching video, scrolling through photos or listening to music on your phone (admittedly still a minority in Australia by international standards).

Most of the other features are more or less what you’d find on any other new phone, including Bluetooth and infrared connectivity. There is a camera, but nothing on the website or in the accompanying material tells you how many megapixels it is, justifying concerns about its quality.

The phone itself is kind of square and blockish, so while it looks solid and reliable, some of the designs coming out of the R&D labs of Samsung and Nokia leave it for dead. However, as 02 themselves claim, ‘Australians are looking to do more with their mobiles and we are offering the O2 Xphone IIm as a solution.’

It was a couple of years ago when the first reports of Japanese teenagers looking at their phones instead of talking into them began to pique the interests of futurists. It’s a future that’s yet to take off in a big way in Australia, but it will happen. If it happens soon, the Xphone IIm will be well placed to ride the uptake.